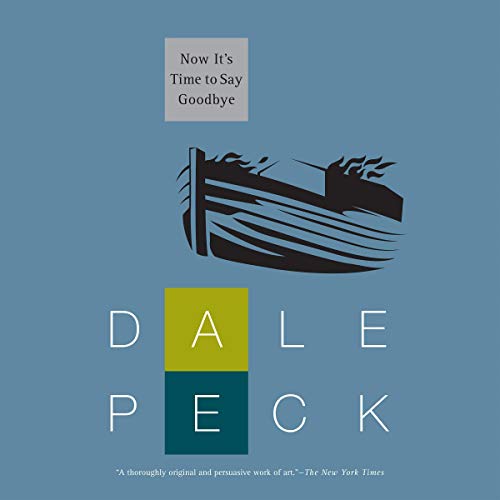 Now It's Time to Say Goodbye

“An utterly gripping thriller...and a highly sophisticated piece of literary legerdemain” from the Lambda Award-winning author of Night Soil (The New York Times).

When the five hundreth person they know dies of AIDS, Colin and Justin flee New York City. They end up in Galatia, a Kansas town founded by freed slaves in the wake of the Civil War whose population is now divided, evenly but uneasily, between African Americans descended from the town’s founders and Caucasians who buy up more of the town’s land with each passing year. But within weeks of relocating, they are implicated in a harrowing crime, and discover that they can’t outrun their own tortured history, nor that of their new home. An encompassing, visionary, many-threaded work, Now It’s Time to Say Goodbye is an American novel of great scope and nearly mythological intensity.

This is the third volume of Gospel Harmonies, a series of seven stand-alone books that follow the character of John in various guises as he attempts to navigate the uneasy relationship between the self and the postmodern world.

“[A] fascinating melodrama of sexual and racial confusion, conflict, and injustice.” - Kirkus Reviews

“[Filled] with an emotional vengeance, dramatic breadth and observant fervency that brings his every gift to fruition.” - Los Angeles Times Sunday Book Review

“It is horrifying and funny and then too funny to be horrifying, or too horrifying to amuse. It is fiercely compelling and profoundly unpleasant. It is a virtuoso technical exercise that is also soul-music.” - The Boston Globe

What listeners say about Now It's Time to Say Goodbye

Excellent, theatrical performance. Give it a try, even if you decide you didn't like the book in the end, it is worth listening to. Dale Peck creates a mystical yet real world you'll be drawn into, complicated, intense and charged with emotion and meaning. A book to remember.