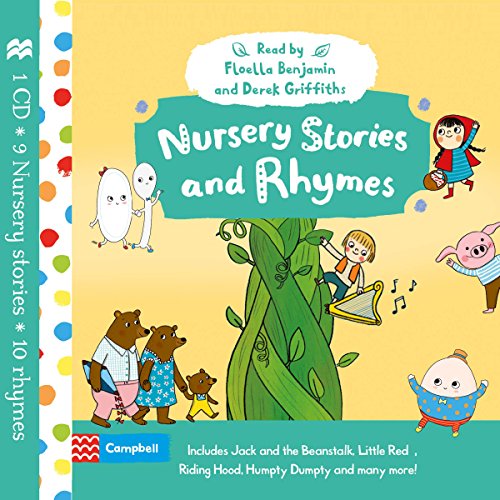 Climb up the beanstalk with Jack, march with the Duke of York and visit the bears with Goldilocks in Nursery Stories and Rhymes! These popular tales and rhymes read and sung by well-known children's TV presenters Floella Benjamin and Derek Griffiths, with added sound effects and music, will keep children listening again and again, at home or in the car.

What listeners say about Nursery Stories and Rhymes

Would have been nice to have more songs and stories in this book - otherwise good.

Can't see storey it's just audio, rubbish. Kid not happy with it as can't see pictures