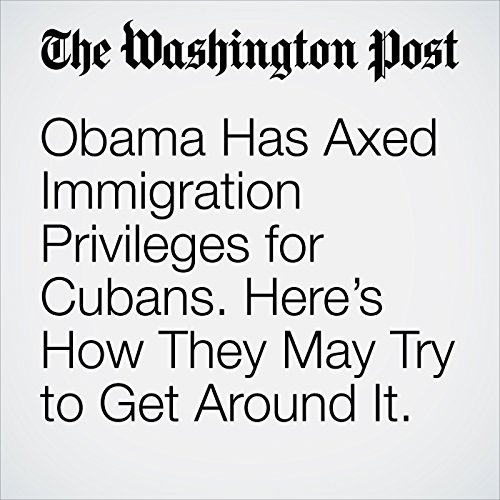 Obama Has Axed Immigration Privileges for Cubans. Here’s How They May Try to Get Around It.

Symbolically, it’s a big deal, nudging the United States and Cuba further along the “normalization” path Obama and Cuba’s Raúl Castro announced in December 2014. But as a practical matter, it’s unclear to what extent it can slow Cuban migration to the United States, which has more than doubled in the past two years.

"Obama Has Axed Immigration Privileges for Cubans. Here’s How They May Try to Get Around It." is from the January 13, 2017 World section of The Washington Post. It was written by Nick Miroff and narrated by Jill Melancon.

What listeners say about Obama Has Axed Immigration Privileges for Cubans. Here’s How They May Try to Get Around It.