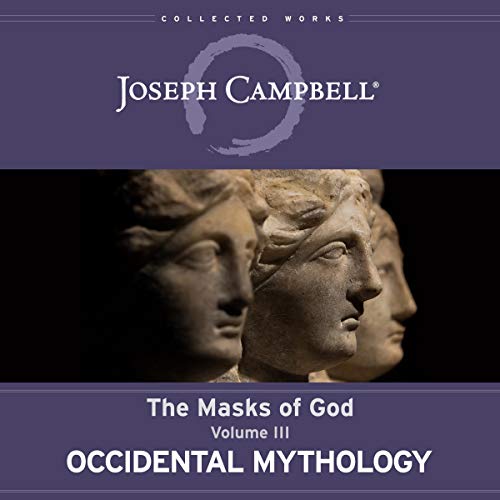 In this third volume of The Masks of God - Joseph Campbell’s major work of comparative mythology - the preeminent mythologist looks at the pagan religions of Greece, Rome, and the Celts, as well as the Abrahamic religions - Zoroastrianism, Judaism, Christianity, and Islam. Exploring the West’s shift from female-centered to male-centered mythology, Campbell examines the distinguishing characteristics and the shared root concepts of these mythologies. The Masks of God is a four-volume study of world religion and myth that stands as one of Joseph Campbell’s masterworks.

On completing it, he wrote: “Its main result for me has been the confirmation of a thought I have long and faithfully entertained: of the unity of the race of man, not only in its biology, but also in its spiritual history, which has everywhere unfolded in the manner of a single symphony, with its themes announced, developed, amplified and turned about, distorted, reasserted, and today, in a grand fortissimo of all sections sounding together, irresistibly advancing to some kind of mighty climax, out of which the next great movement will emerge.”

What listeners say about Occidental Mythology