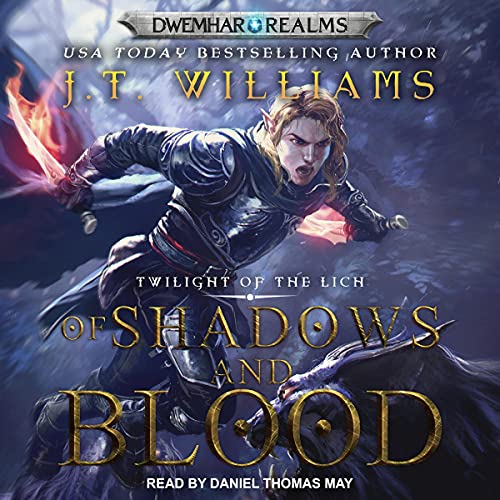 A half-elf seeks a cure in the mysterious Shadowlands. But there is a greater threat within the shadows, an ancient magic of demons called The Blood.

Kealin Half-Elf has only been like this for a few weeks.

He feels a hunger he never had before....

Before this, he had mastered the power of his ancient Dwemhar heritage and fought an ascended being...but he, too, was mortally injured. In an act of desperation, vampirism was used to preserve his life and now he must hurry to reverse the effect before he is forever trapped in a state of maniacal blood lust.

But the Shadowlands are not a place for a pale elf...and even more so one that has the ancient Dwemhar blood. Even worse, his traveling companions have their own secrets, including the shadow elf Evurn, a mysterious wizard Kealin has only just met.

In the darkness of what is to come, Kealin will have few choices if he is to save himself and those he cares about. But the one choice he might need to make, will mean losing everything else he fights to hold on to.

What listeners say about Of Shadows and Blood