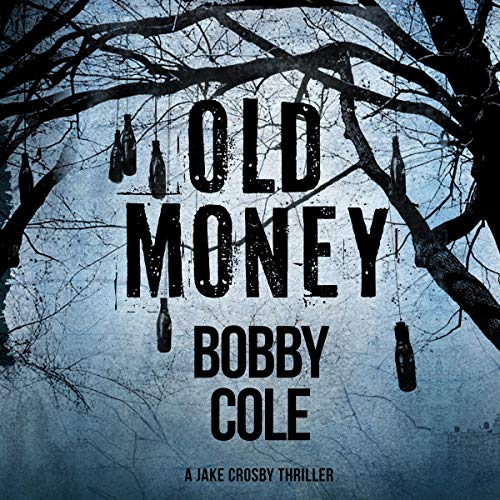 Jake Crosby has traded in a stockbroker's suit and tie for a standard-issue uniform. As a newly minted Mississippi game warden, he has two tough cases to cut his teeth on - the ongoing robbery of wealthy hunters and the ruthless search for a rumored hidden fortune.

According to local gossip, several million dollars have been missing since the conviction of local conman Bronson Bolivar, and following his death in prison, his two grown children have torn his property apart looking for the funds. As Jake searches for the robber who targets well-to-do outdoorsmen, he finds a trail leading to the Bolivars. But the allure of quick cash also draws unexpected interest from both Bronson's former cellmate and an upstanding federal judge. Will Jake understand the severity of the situation in time or get caught up in a web of deceit?

What listeners say about Old Money

My favorite of the series so far

This book is my favorite of the three book series so far. Interesting characters, both old and new. Great puppy antics(very realistic but funnier when they happen to some one else.) Jake is much more interesting as a game warden than a stock broker.

Great story. Some of the characters make really stupid decisions that makes you roll your eyes, but it’s still a good book. The writing could be better, but still good. But the author made a mistake that bugged me, he mentions two movies that wouldn’t have been playing at the theater at the same time. They weren’t released in the same year. Just one of my quirky pet peeves. I still enjoyed the book.

As with the first two Jake Crosby stories, I enjoyed this tale immensely. Interesting dialogue and story line and suspense to keep you on the edge of your seat.

Not great literature, but light and fun suspense

This is my second Bobby Cole novel. The first was The Rented Mule. Old Money is Book 3 in the Jake Crosby series. The series is set in northern Mississippi. Old Money is a worthwhile listen.

Good plot, good narration and an interesting array of characters. I enjoyed it during my daily exercise. It made the time past quickly.

Another Great Book from Bobby Cole

Fun, exciting, suspenseful ! Can not wait for the next Jake Crosby mystery by Bobby Cole

another great in the trilogy from Bobby

Interesting story with good character development but not up to.par with some of Cole's other more suspenseful tales that keep the reader on edge. At the end it felt almost like a short story.

The author clearly didn't do any research before writing this book. First he says that the Port of Call restaurant in New Orleans is in the Garden district, which it is not, then he says it's in the French Quarter, it's on the very outer perimeter. Secondly he talks about the robber in the woods cocking a pistol but then fires a revolver when striking a victim. They are both hand guns and both shoot bullets, but pistols and revolvers are very different, anyone with a basic understanding of weapons knows this. I like that the author uses the south for the settings in his stories and they have an even flow. Although there were a few inconsistencies, I will probably check out another one

It was a a great read

I have really enjoyed these books, I enjoyed the characters, the storylines and the narration!