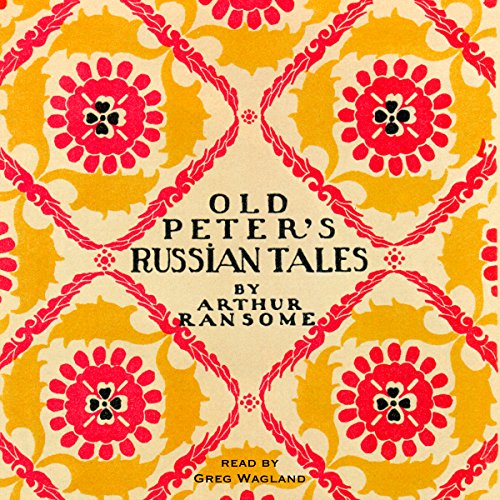 Arthur Ransome (1884-1967) wrote Old Peter's Russian Tales while he was in Russia during the First World War, prior to becoming a war correspondent for The Manchester Guardian. There are 22 stories in all and are told by Old Peter at the behest of his grandchildren, Ivan and Maroosia, in a cozy log cabin in the middle of the forest. These are delightful re-tellings in Ransome's own words of Russian folk tales, and include stories such as "The Little Snow Girl", "Baba Yaga", "Frost", and "Salt".

Ransome arrived in St. Petersburg in June 1913 and began to teach himself Russian from nursery primers and newspapers. This book was one of his first projects to have an audience of children in mind. It sold particularly well from the outset and subsequently has never been out of print. Ransome said of Old Peter's Russian Tales, first published in 1916: "I made up my mind to learn enough Russian to be able to read Russian folklore in the original and to tell those stories in the simple language that they seemed to need". Arthur Ransome came to sympathize with the Bolshevik cause, becoming personally close to Lenin, Trotsky, and Radek. Indeed, he ultimately married Trotsky's private secretary, Evgenia Petrovna Shelepina.

Through Arthur Randsom's words not only the tales are brought to life the perfect mixture of the narrator they found to match is magical as the stories themselves .