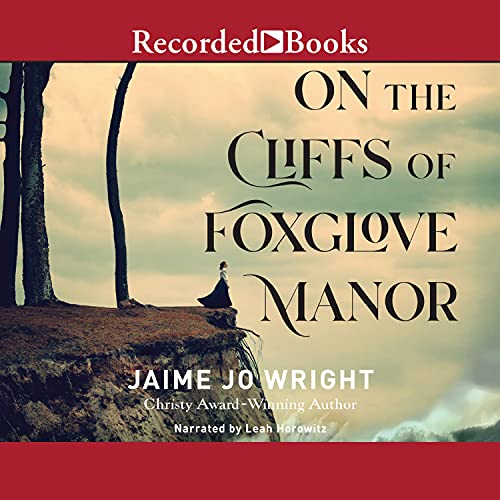 On the Cliffs of Foxglove Manor

1885. Adria Fontaine has been sent to recover goods her father pirated on the Great Lakes during the war. But when she arrives at Foxglove Manor - a stone house on a cliff overlooking Lake Superior - Adria senses wickedness hovering over the property. The mistress of Foxglove is an eccentric and seemingly cruel old woman who has filled her house with dangerous secrets, ones that may cost Adria her life.

Present day. Kailey Gibson is a new nurse's aide at a senior home in a renovated old stone manor. Kidnapped as a child, she has nothing but locked-up memories of secrets and death, overshadowed by the chilling promise from her abductors that they would return. When the residents of Foxglove start sharing stories of whispers in the night, hidden treasure, and a love willing to kill, it becomes clear this home is far from a haven. She'll have to risk it all to banish the past's demons, including her own.

What listeners say about On the Cliffs of Foxglove Manor

I enjoyed the dual stories in this book. There were several surprises along the way to a very satisfying end.
The narration seemed a bit slow. A significant increase in playback speed made it better.

An old Michigan mansion on the cliffs of a tempestuous lake remains shrouded in its haunting stories and even darker secrets. But who will survive them?

What an intriguing story wrapped in true history! Great narration too!

Jaime Jo Wright pens another unforgettable story with all the layering and plot twists you would expect from a classic mystery novelist but woven within the dark and fear and death is a story of hope, courage, love and faith. A compelling & uplifting read!

**spoiler-free review**
I've read books by this author previously, so I expected this to be good, for the most part it was! The duel stories started a little slow, but once the pace began to pick up it became much like a rollercoaster! I love how the author fearlessly delve into heavier topics. The faith elements in the book was personal/relatable and flowed well for the most part. I must say though, the quality in one of the stories/timelines is what did it for me! it carried the book in such a way where it could've easily been phenomenal as a standalone. The other story/timeline (in my opinion) was ok.. just didn't hold up in comparison to the one; during my listen, I constantly anticipated for it to switch back. If I could rate the stories/timelines separately I'd give 5 stars for one and a 2.5 or 3 for the other. Overall though, I do recommend this book!

AUDIBLE NARRATION:
Initially it seemed to drag, a mix of the story building and the narrator reading slowly. It took time, but as the story progressed the quality/pace of the narration did too. Overall the narrator did well! This was my first audible book, and this got me hooked to audible!

(Sidenote: If you're looking to intensify for more of an eerie read, listen nighttime!)