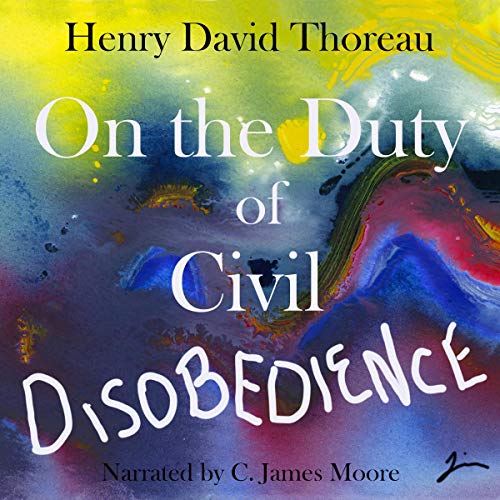 Echoing the resurgence of civil disobedience in the 21st century - public pushbacks against racism, government overreach, and nationwide tensions surrounding the coronavirus health pandemic - "On the Duty of Civil Disobedience", published by Henry David Thoreau in 1849, speaks eloquently and personally about one man's desire to live a peaceful, government-free life.

In this short essay, Thoreau lays out his philosophy best summed up by the author as, "That government governs best that does not govern at all." Thoreau takes on the key issues of his day: slavery and the Mexican war. In the process he shares with his audiences his own brief imprisonment for failure pay taxes, and his views on the moral necessity to resist government intrusion where it is not wanted or needed.

What listeners say about On the Duty of Civil Disobedience