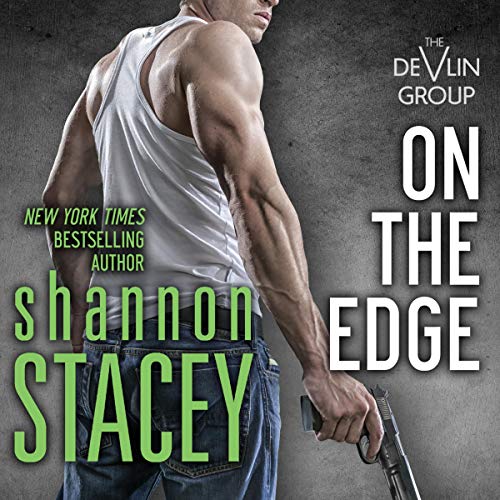 When his undercover assignment ends and Tony Casavetti is called to the Devlin Group headquarters, he finds out in a hurry his assumptions about executive administrator Charlotte Rhames were dead wrong. Far from the matronly figure he’d imagined on the other end of the line, she’s sexy and makes no secret she wouldn’t mind him being under her covers…until an explosion rocks the Devlin Group and they have to risk everything to save them all.

Charlotte Rhames has it all - looks, wealth, and the respect of everybody involved with the Devlin Group - and finding out the sexy voice in her earpiece belongs to an even sexier man just makes the prospect of a mandatory company meeting more exciting. Following the attack on the headquarters, she has to dive back into the world of sex, money, and murder she’d left behind in order to help catch a killer. But when Tony’s life is at stake, she has to decide just how far she’s willing to go.

What listeners say about On the Edge