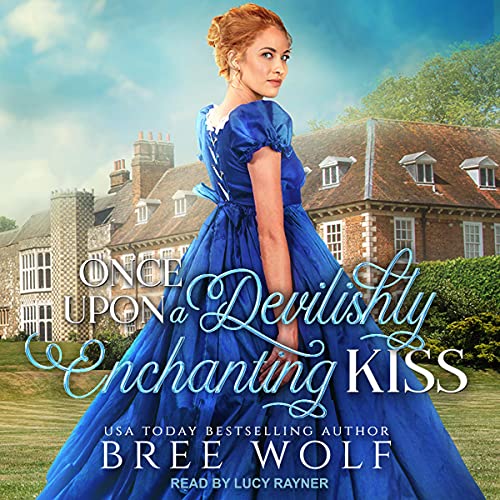 Once Upon a Devilishly Enchanting Kiss

He loves nothing better than to tease her. She considers him her nemesis...until the day she does not.

England 1801: Lady Louisa, daughter to the Earl of Whickerton, never thought she would ever have reason enough to hate anyone; especially not Phineas Hawke, Viscount Barrington, the man with the most wickedly dark eyes she has ever seen. Louisa is suddenly forced to realize that the man she could easily have lost her heart to has discovered her most shameful secret.

Anger settles in her heart, burying all tender emotions, as she tries her utmost to ignore him. That is easier said than done.

Phineas Hawke has known the lovely Lady Louisa almost all his life. Her face is a familiar sight, and although he cannot deny that she possesses certain appealing charms, Phineas has never looked at her and seen someone other than simply one of Lord Whickerton's daughters.

At least not, until another gentleman rather unexpectedly voices his partiality toward her.

Suddenly, Phineas realizes that the woman he has known all his life is one he has ignored for far too long, and to his utter dismay, she has come to loathe the very sight of him. He will not yield easily.

As it seems, neither will she.

What listeners say about Once Upon a Devilishly Enchanting Kiss