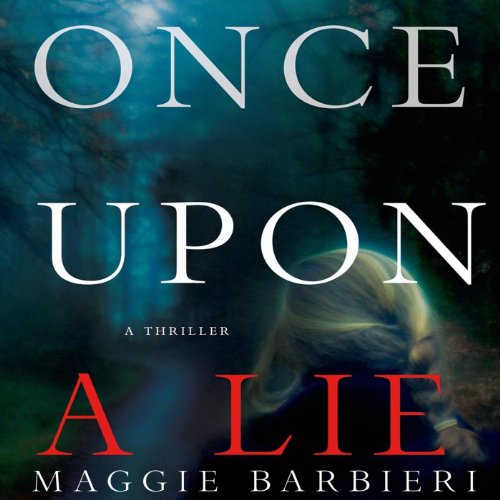 Maeve Conlon's life is coming apart at the seams. Her bakery is barely making ends meet, and one of her daughters spends as much time grounded as the other does studying. Her ex-husband has a new wife, a new baby, and a look of pity for Maeve that's absolutely infuriating. Her father insists he's still independent, but he's slowly and obviously succumbing to Alzheimer's. And now, her cousin Sean Donovan has been found dead, sitting in his car in a public park, shot through the head.

There was never much love lost between Maeve and Sean and she's not exactly devastated by his death, but suddenly the police are poking around asking the family questions. It's just one more hassle Maeve doesn't have time for, until she realizes that her father, whose memory and judgment are unreliable at best, is a suspect in the murder. Maeve is determined to clear his name, but is she prepared to cope with the dark memories and long-hidden secrets that doing so might dredge up?

Maggie Barbieri will mesmerize listeners with Once Upon a Lie, a gripping novel about family, justice, and the choices we make that define who we are.

What listeners say about Once Upon a Lie

This is a story worth reading. Meave Conlon is a complex and well developed character. She is a divorced mother of two daughters who has a father suffering from dementia. Meave has many secrets which are slowly exposed as the mystery is solved. The detective on the case reminds me of Colombo in that he shows up enough to remind you that he is looking at you for murder but is such a pleasant person that you don't take him too serious.
This is a lot darker than Murder 101 series. But it retains the characteristics of a cozy novel-no graphic sex or violence, lead character investigates while trying to run a business and family. I would like to read more about Meave but I have no idea how much more of her should be revealed. This is a most buy book.

Where does Once Upon a Lie rank among all the audiobooks you’ve listened to so far?

It was slow to start, and finished well. Leaves you wondering right up to the end.

Once the book got going it takes hold of you and you want to hear how the characters are going to play it out. Also just enough humour in the book.

Which character – as performed by Kathleen Mary Carthy – was your favorite?

The father, I could really see this old guy in my minds eye.

sad but has a wonderful strong heroine even if she seems not so strong at times.

couldn't even get in to the book do to the droning narrator. might be a good book I'll never know.

A book to skip!

A dull plot, unimaginative writing and drab as dishwater.
A pleasant voice and ability to do accents does not a narrator make! This one put the wrong emphasis on so many words it was hard to follow the story.