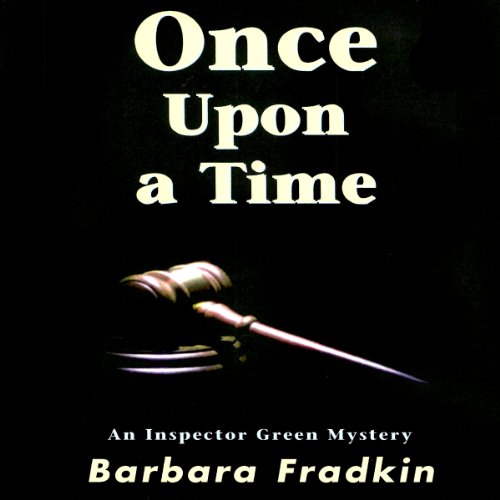 Once Upon a Time

When an old man dies a seemingly natural death in a parking lot, only Inspector Michael Green finds it suspicious. Something about the closed case has caught his eye - why did the victim have a mysterious gash on his head, inflicted around the time of his death? Talking to the man's family only increases Green's curiosity. They are obviously hiding something about the old man, who lived in isolation as though avoiding painful memories. A search of his house turns up an old tool box with a hidden compartment containing a German ID card from World War II. Was the victim a Jewish camp survivor or a Nazi soldier trying to escape imprisonment? Or had he been a Polish collaborator who had sold his own people into slavery and death? Could someone have tracked him down for revenge? Even Green, with all his experience, could never have imagined the truth. The sequel to Do or Die is not only a tightly plotted police mystery, but a compelling tale of unhealed emotional wounds from a time of unspeakable atrocity.

The premise of this book is a challenge--on a freezing day, an elderly man dies in a parking lot in what looks like either a fall or heart attack, and that belief is checked off on by everybody. Except Inspector Green, who decides, based on slight evidence but mostly some sort of intuition, that it was murder, and the book is written around his persistence in solving a crime nobody else believed existed.This is not an unusual plot setup for a mystery. And even the idea is good--because we'd all want someone to care that much if something happened to us or someone we cared about.

It would have made a more credible story if the author had been more convincing in how she presented it. While listening, I kept having the feeling that Barbara Fradkin must be a very kind person, so kind that she found it hard to imbue the mystery she wrote with the kinds of murderous intentions and undertones that creep in through description, dialogue, etc. And Inspector Green was just too "nice." Hard to believe he was a seasoned member of the police. That's what I finally decided this (otherwise interesting story) lacked. The mystery was good, but somehow it just didn't jive with some simplistic aspects of her writing that felt as though she was, through a good bit of the book, holding back the kinds of indicators that would bring the reader into the imagined reading world of murder. It just left me feeling something was missing stylistically.