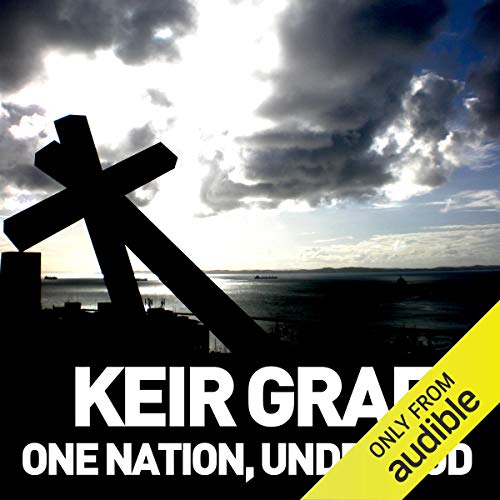 One Nation, Under God

For god and country—or simply for god? - The United States is holding an election whose results will determine how it wages the war on terror. With the Presidency seeming certain to go to the challenger, control of the country may come down to a single Senate seat and a hotly contested race in the "Buckle of the Bible Belt": Tulsa, Oklahoma.

In Tulsa, recovering methamphetamine addict Seth Stevens is trying to hold his fragile life together. He attends church faithfully, plays in a Christian rock band, and wonders if he's falling in love with the pastor's niece. But his decision to campaign for the church-supported candidate has unexpected consequences. He soon finds himself forced to answer an age-old question: what do you do when following your faith means breaking the law?

As good intentions lead to dirty tricks—and a frightening revelation of one group's terrifying plan to take over the country—Seth learns that the Heartland isn't so far from the halls of power. Both far-fetched and frighteningly familiar, One Nation, Under God serves as a gripping reminder that religious extremists don't fight only in foreign lands.