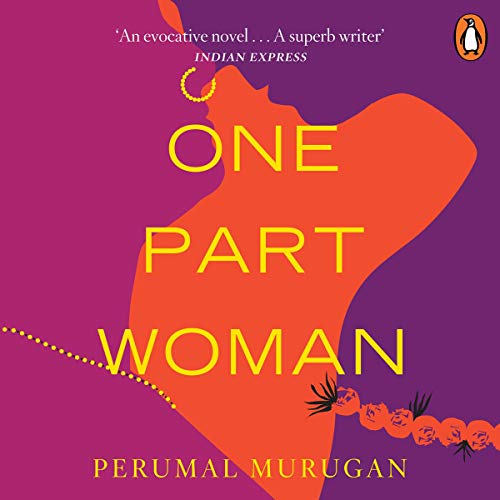 Kali and Ponna's efforts to conceive a child have been in vain. Hounded by the taunts and insinuations of others, all their hopes come to converge on the chariot festival in the temple of Ardhanareeswara, the half-female god.

Everything hinges on the one night when rules are relaxed and consensual union between any man and woman is sanctioned. This night could end the couple's suffering and humiliation. But it will also put their marriage to the ultimate test.

What listeners say about One Part Woman

if this book was called out notorious and made infamous, I can now understand why. It's such a frank narration of what and how society subjects a childless couple to emotional atrocities and socially pulls them down. Truthfully, the couple's behaviour was making them more miserable. The steps they took to conceive and their failure each time. The importance given to certain religious practices and the abject disregard to social norms in the name of god- I found this interesting as it shows that who ever made that custom actually catered to everyones need through that. After having read Poonachi, i had built expectations from the author... and he met all of them.

The book is quite great. Numerous themes to explore especially the sociological ones. The detailed depiction of the rural life is exquisite.

The translation does not do justice to the book - I presume. As a Maharashtrian, I could guess a lot of things being lost in translation especially the humour and insults.

The narration is outright bad and condescending. The forced Indian accent with which the characters' dialogue are spoken took me out of the book many a times.