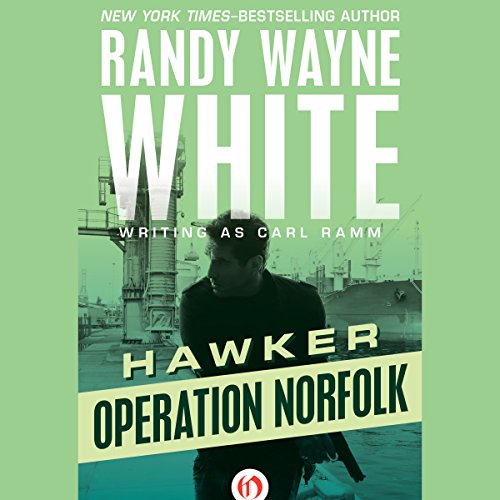 Hawker launches an all-out assault on the world's most powerful arms dealer.

For Con Ye Cwong, the Vietnam War will never be over. Head of the North Vietnamese secret police during the brutal conflict, he has built himself an empire selling cocaine and heroin to the West. Even after the war, American servicemen remain his favorite targets. He relishes nothing more than getting a soldier hooked, and then upping the price until the junkie has no choice but to reveal military secrets for the next fix. When he isn't pushing drugs or conning soldiers, Cwong is an arms dealer, supplier to the most dangerous terrorists in the Middle East. He's one of the most powerful men in the world, and James Hawker is going to take him down. Hawker's one-man war against terrorism has taken him around the globe, but he won't know peace until Cwong is dead and buried. To save the United States, the nation's deadliest vigilante will take on the Viet Cong. Operation Norfolk is the 11th book in the Hawker series, but you may enjoy listening to the series in any order.

What listeners say about Operation Norfolk

packed with action from beginning to end