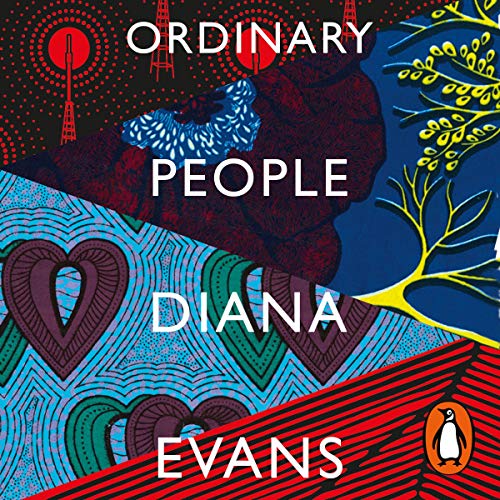 Shortlisted for the Women's Prize for Fiction 2019

‘You can take a leap, do something off the wall, something reckless. It’s your last chance, and most people miss it.’

South London, 2008. Two couples find themselves at a moment of reckoning, on the brink of acceptance or revolution. Melissa has a new baby and doesn’t want to let it change her, but in the crooked walls of a narrow Victorian terrace, she begins to disappear. Michael, growing daily more accustomed to his commute, still loves Melissa but can’t quite get close enough to her to stay faithful.

Meanwhile, out in the suburbs, Stephanie is happy with Damian and their three children, but the death of Damian’s father has thrown him into crisis - or is it something, or someone, else? Are they all just in the wrong place? Are any of them prepared to take the leap?

Set against the backdrop of Barack Obama’s historic election victory, Ordinary People is an intimate, immersive study of identity and parenthood, sex and grief, friendship and aging, and the fragile architecture of love. With its distinctive prose and irresistible soundtrack, it is the story of our lives and those moments that threaten to unravel us.

"Diana Evans is a lyrical and glorious writer; a precise poet of the human heart." (Naomi Alderman)

What listeners say about Ordinary People

The most boring book ever

Honestly just so boring and below ordinary. I even zoned out when the affair happened and totally missed that until they discussed it. Really bad

Diana Evans offers a refreshingly original perspective on contemporary London. Superficially, when looking only at the plot, the novel might appear as yet another story about couples drifting apart under the strains of metropolitan young-family life. However, Diana Evans' richly nuanced and imaginative rendering provides a multidimensional perspective on its characters, who are being embedded within and sculpted out of the background of London and its environments. There is also plenty of space devoted to reflective monologues by the main characters, searching to reconcile their evolving identities with their earlier predecessors. The unusually poignant dialogues need also a mention as yet another highlight of this novel - one can imagine those being condensed into a great stage play or a film. It is also at the dialogues, where the narrator, Jennifer Saayeng makes best use of her great dramatising skills - only at times at the monologues she would fall into a slightly less varied voice, occasionally failing to follow the more subtle mood swings in the narrative. Overall, I'd most warmly recommend this audiobook to any keen listener of contemporary fiction and especially those interested in societal London.

Not bad, but not great.

This story never really took off for me, partly because of the narration which I found dull, and partly because the story was little better than ,well, ordinary.
If you are going to write a novel about marriages in crisis, not exactly a subject that is under-represented in modern fiction, then you really have to find something dramatically different to hang your plot from. I just didn't feel that there was anything that grabbed my attention in this novel. It wasn't bad but it wasn't good either. Too much selfish behaviour, too much navel-gazing, too much stereotyping.

engrossing at the beginning. the book takes you on a nostalgic journey of London and the peeps of Obama"s inauguration. the takes of two couples set against a cosmopolitan backdrop. how are towards the end it's a little slow and ends abruptly.

Really didn’t get it ! Too much dialogue for an audiobook- it made for a really boring listen. Not for me

Too many extraneous words used per sentence which made the book hard to listen to. Maybe it works better if you read it yourself but I struggled to maintain interest. The first 30 mins is descriptions of London (I think - my mind was wandering) which was mind-numbingly boring. Off to get a refund.

Do NOT believe the hype!!

I was SO excited to read this book, but I was SO disappointed!

I don’t know if it was just the monotone narrator or the story as a combination, but just WOW!

The book felt SO self indulgent on the part of the author and FOR SHAME on their editor for not recognising that the storyline was too heavy on detail in history and aaaaaaall the unnecessary backstory about Crystal Palace, the Windsor/door archway/doorway and the NYE party, but not on flow or relevance of the characters.

To be highest, I may have enjoyed it more reading it myself as a book, because the narrator was slow, monotone, and seemed bored with the text.

So sad, what could have been

This was over promised. I had seen a lot of good reviews for it elsewhere but I found it dull and slow. The obsession with Crystal Palace throughout the book is odd - especially for someone like me who grew up in the area and imbues it with no magic whatsoever. But most of all the narration was really monotonous. Might have been better had I read it to myself.

I thoroughly enjoyed this story and looked forward to hearing more of it each time I was driving or cooking. The characters were fully developed and believable but there was a mystical aspect to the narrative. Although based very much in everyday life, the otherworldly theme left room for a sense of being carried along to an unknown conclusion. Particularly enjoyable, though painfully astute, were the moment by moment accounts of intimacy and failures of intimacy that happened at key moments in the relationships. Accutely familiar, they felt like descriptions of moments I'd known. Lastly, as a white person from very much a white background, I appreciated the 'ordinary'-ness of the lives, loves, feelings, preoccupations and confusions of the black and mixed heritage characters. I am choosing to read fiction by writers who are black, indigenous, and people of colour in order to learn allyship. This book has been important. Thank you.

I found the audible version of this book very difficult to get into. I listened to the first 2 hours and then quit.. I don't quit audiobooks easily! I found my mind wondering then having to pause and rewind only to zone out again. Possibly better read than narrated?!

An insight into the lives of two ordinary couples going through the ordinary trials that couples and how they choose to deal with it.
Well written, ending left you hanging/wondering.
Better accents needed for the audio version though. Overall good book.