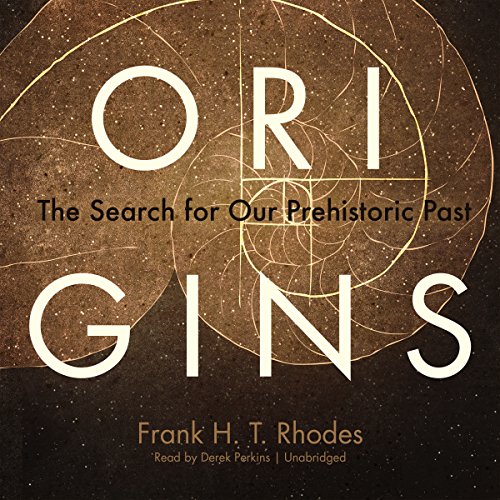 The Search for Our Prehistoric Past
Written by: Frank H. T. Rhodes
Narrated by: Derek Perkins
Length: 10 hrs and 7 mins
Categories: Science & Math, Biological Sciences
5 out of 5 stars 5.0 (1 rating)

In Origins, Frank H. T. Rhodes explores the origin and evolution of living things, the changing environments in which they have developed, and the challenges we now face on an increasingly crowded and polluted planet. Rhodes argues that the future well-being of our burgeoning population depends in no small part on our understanding of life's past, its long and slow development, and its intricate interdependencies.

The book describes the nature of the search for prehistoric life, the significance of geologic time, the origin of life, the emergence and spread of flora and fauna, the evolution of primates, and the emergence of modern humans.

Origins is accessible enough for the layperson but also can be used as an entry-level text for students of evolution, paleontology, and geology.

an outstanding book in writing and reading

this is an outstanding book , a labor of care , intelligent and passion... well writing and beautifully read