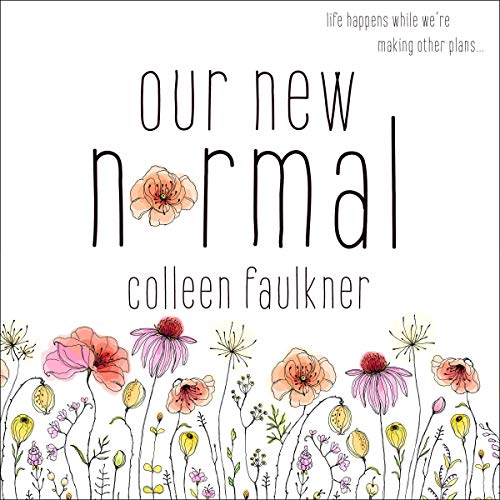 Liv Ridgely prides herself on being the responsible wrangler of all things family: stay at home mom, caretaker of elderly parents, supporter of husband Oscar's career, savior of her wayward sister. Now, with her son off to college, and her ambitious daughter, Hazel, a year away from following him, it's Liv's turn. She's even established her dream career of bringing beautiful old homes back to life in the most picturesque part of Maine.

Until she learns that 16-year-old Hazel is three months pregnant.

Hazel insists she will have the baby and raise him with her boyfriend, Tyler, who's no one's idea of a model father. Clearly, there are going to be some conflicts to iron out. Liv just doesn't expect them to be with her husband.

As the family fractures in every direction, past resentments and pain come tumbling out. After years of putting others first, Liv wonders if she can do what's best for her daughter, her parents, and her marriage - while still being true to herself.

What listeners say about Our New Normal

Characters not believable and too selfish

I listened to 18 chapters of this book and finally couldn't bring myself to spend even one more minute listening. The characters sound like the exact idea of what each person in their setting should identify as. Character development ends there and there is nothing unique, creative or interesting about any of them. There is mention of all the popular brands and items that are currently a hit with the suburban, white crowd. Everything is so expected and predictable, as if the author did research on "mid-life crisis" and imagined that a teen is less insightful than a sack of potatoes.

I should relate to this book as I have kids this age but the main character is so unhappy and absurdly disconnected- I can't even begin to find anything appealing about her.
The daughter is equally ridiculous- nothing about her voice rings true.

Overall, this was a huge miss for me.