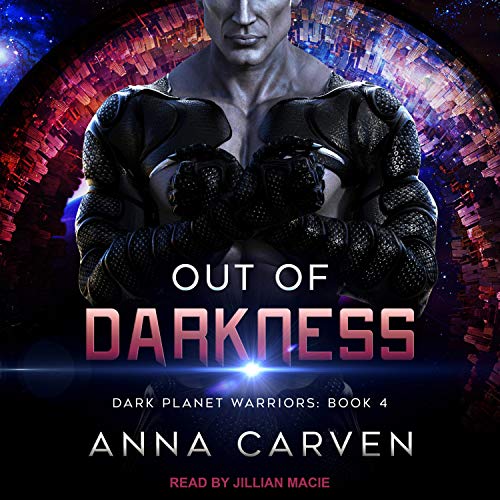 The Kordolians are loose on the asteroid mining station Fortuna Tau, and first-rank mechanic Jia Morgan has gotten caught up in the thick of things. Under the careful watch of these steely-eyed silver warriors, Jia and her team have been tasked with repairing the hull of the Kordolians' Alpha-Class battle cruiser, Silence.

The problem is, their alien technology is far, far beyond anything she's seen before, and whatever they try to weld to Silence's black hull just won't stick.

When Jia goes in search of a tool that might actually penetrate the warship's impossibly strong Callidum exterior, she finds herself being aided by a most unlikely source. The hard-faced warrior who's decided to accompany her walks on silent feet and carries a big, big gun. He's equal parts scary and attractive, in an otherworldly sort of way.

But although Jia finds this Kordolian fascinating, she's not even going to try and get close to him, because, well, he's a freaking Kordolian, and Kordolians aren't exactly known throughout the Nine Galaxies for being nice and warm and fuzzy.

Instead, she's going to do her job and fix their warship, because that's the only way these intimidating warriors are ever going to leave Fortuna Tau. Hopefully, they won't break anything, or anyone, on the way out.

Oh, and there's also the small matter of these flesh-eating insect-aliens called Xargek. Apparently, they bite.

What listeners say about Out of Darkness

Hooked on this series!

This third audiobook in this series was really enjoyed by myself. In this book we have Gia, Abby’s mechanic friend we met in book one and Kallen, the Cordolian warrior General Tarak left in charge of clearing Zarjeks from Fotruna Tau station. They meet when Gia needs a drill bit to work on The Cordolian ship. Unfortunately, there are Zarjeks all over the station and Kallen begins to feel protective and possessive of Gia. When a plot to set off a bomb at the nuclear core is discovered, they must make an escape to save themselves and get to Earth. Narration was good, but I missed having a strong male voice in this audiobook.

I enjoyed this book however it is not as good as the other 3 books in the series.

The series timelines gets a bit choppy starting here. Books 1-3 proceed in order. From this book 4, for the next few, the timeline runs concurrent to book 1. So, in book 1, we see the arrival of the Kordolian warriors at a space station and the pairing of General Arkkadian and human Abby. Here, we see the pairing of Callan and Jia.

Jia is a mech tech, a grease monkey in overalls who nonetheless catches the attention of Callan as he and his Kordolian brothers work to wipe out an infestation of Xargek, an insect-like species that has found its way into the space station where the Kordolians have docked for repairs. What follows is trademark Kordolian-human romance during an Alien style movie. Luckily, the horror aspects never get too scary.

This is an alien romance series, so you can’t get too demanding on realism or logic. It is a bit implausible how fast this couple draw together... and how much they think of sex when covered in Xargek guts and fighting for their lives.

Having read the 8 book series, this is one of the three I really liked. This is due to the good action-romance ratio. Also, I like one romance book per couple. I don’t generally care for romances that span over several books as the plots get more and more contrived to keep the magic alive.

I preferred the dual narration from book 1, but alas, the dual narrating only appears when Tarak and Abby’s story is at play (books 1,3, & 8 in Audible). I swear the narrator changed the pronunciation of Rykel from “rye-kell” to “rickle” (as in tickle, fickle, ickle- yuck). Her pauses also seem off at times, and I tend to bump up the speed to 1.3x to match the action.

If you liked book 1, but didn’t care for the politician & press romance of book 2, or the Tarak/Abby pregnancy in book 3, then I suggest you will like this book and book 5 (Forged in Shadows) for the action/romance ratio. You may want to pass on book 6 (Infinite Embrace, a more cerebral, angsty romance), book 7 (Electric Heart, a really slow build with no nooky until 5 hours in) and book 8 (the end to the Tarak/Abby trilogy involving endless worry about Abby’s failing health....snooze).

After reading book 3 of the series I was a little concerned that it was developing a style that I didn’t care for. But this book 4 was as awesome as books one and two. This is a perfect balance between adventure and romance with some saucy sex scenes toss in. The only reason I gave four stars for the narration was because I really preferred the way the series started out with both a female and male narrator.

Felt out of order, as in, should have been book 2

Felt out of order, as in, should have been book 2 but was still a good quick read

A storyline running parallel to the first book in the series with a different couple and different angle.
Kia is an engineer on the mining ship, she meets her Kaldorian warrior Kallan. Once again a couple meet and there are immediate connection neither expect. The battles with attacking insects that only Kallan and his fellow warriors can battle...only the humans are fearful and untrusting of the Kaldorians.
Romantic, protective warriors and action, suspense...with a wonderful narrator.
I’m going to keep listening to this series and branch out to more Craven books.

I really liked this one.

Kalan and Jia were an interesting matchup. With Jia being the type to not hold things back, a little more out going than expected, and Kalan being the consummate warrior the two make a very entertaining pair. I really liked that the level of excitement and suspense was well balanced with the level of heat and romance offered with the story. I also really liked reading what went on back on Fortuna Tau with the humans and Kordolians while Tarak and Abbey were on Kythia. I can't wait for the next book to see what happens next. Well done to the author and the narrator for doing such a great job on this one.

Jia and Cal find that some insects are hard to kill

Although I am use to the narrator. I still feel that it could have been the more that each new installment bring me.

I enjoyed revisiting Space station that introduced us to the sex tall dark temperamental alpha males of the Kordolian race. Kia and Cal showed that some insects make a lasting impression and even 400 years to the future humans are still self driven.

This book bored me. Was hoping it would redeem the beginning of the series. Second book I couldn't finish.
I give up.

Five stars from me

Worth staying up all night to finish. Loved this two characters together. Just wish the story can continue on a little bit longer. Don’t want it to end. This is one of my best audible series. I’m starting on the next one right away.

This is about first-rank mechanic Jia Morgan a human and the Kordolian Carven. She has been unable to take her eyes off him and he is inexplicably drawn to her and when they get close enough sparks fly, both literally and physically. They have to fight their way off the space station Fortuna Tau that some rather stupid humans have decided to blow up. Being stuck with the big amethyst eyed Kordolian is all good though because he wants her in a bad way and would do anything to both have and protect her and she isn't complaining not when the sex is this good. I highly recommned this audio book and the series as a whole.

I wouldn't not recommend this book, if Aliens are your jam then it is not bad. I didn't like the performance. The author needed to use a thesaurus for the word for the female sexial organ. I never want to hear the word p*$$y again.