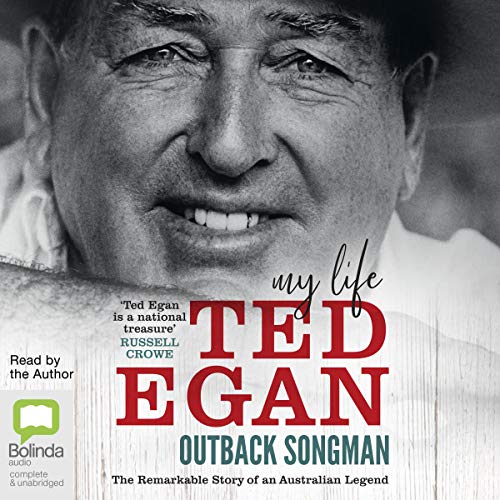 Ted is the quintessential bush storyteller, he has rubbed shoulders with some of the best-known and least-known of his countrymen and women, and in Outback Songman, Ted Egan recounts the story of his rich and extraordinary life.

Born to a working-class family in Melbourne's Coburg, he has never had a music lesson. Nonetheless, he has composed some of the first original songs about Australian history and ethos, many of which are now classics.

Through his stories of growing up during World War II, teaching in a bush school, working with Aboriginal people in the Gulf Country and performing in Alice Springs and around the country, Ted Egan brings to life an Australia that has largely disappeared. His encounters offer insights into national politics and everyday life over the past eight decades. His generosity of spirit and his deep understanding of his country shine in every chapter.

What listeners say about Outback Songman