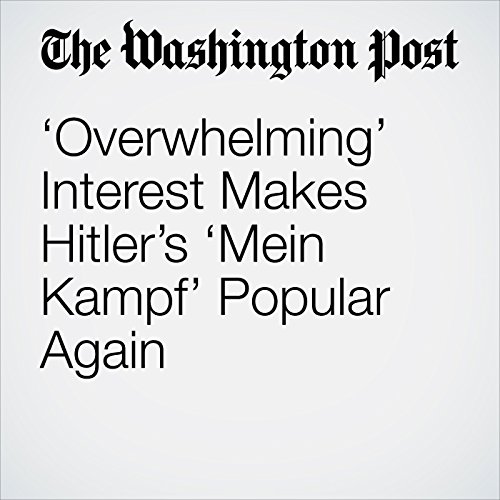 Reprinting Hitler's autobiography “Mein Kampf” (My Struggle) was long prohibited in Germany — a country that considered the book too dangerous to be read. Now, it's a German bestseller.

"‘Overwhelming’ Interest Makes Hitler’s ‘Mein Kampf’ Popular Again" is from the January 03, 2017 World section of The Washington Post. It was written by Rick Noack and narrated by Sam Scholl.