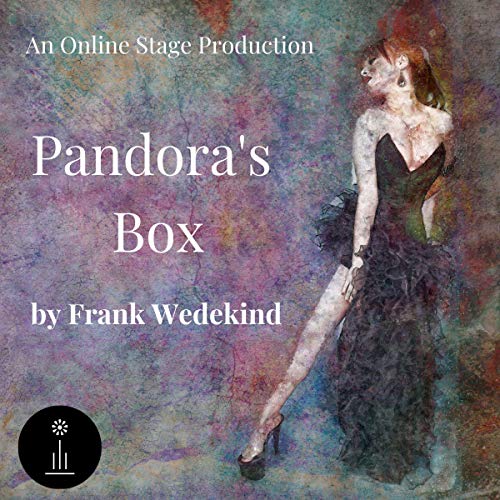 "Pandora’s Box: A Tragedy in Three Acts" by Frank Wedekind.

Play translated by Samuel A. Eliot Jnr. Prologue translated by Leanne Yau and Alan Weyman and rendered into verse by Charlotte Duckett. Presented by The Online Stage.

This play is the sequel to "Earth Spirit", in which the adventurous and manipulative Lulu marries and rids herself of three husbands, only to be arrested for the murder of the third. In "Pandora’s Box", Lulu escapes from prison only to be forced in the life of a courtesan. Reduced to desperate poverty, she meets her end at the hands of murderous customer in London. In Wedekind’s sordid morality tale, all Lulu’s main associates suffer premature and unnatural deaths, except for the degenerate Schigolch, who is one of the most unpleasant characters in the European drama. In Wedekind's dark world, virtue is a practical improbability and vice, although often punished, continues to thrive. In the prologue, which has been specially translated for this production, Wedekind pillories the forces of censorship and critical approval, against which he contended almost continuously throughout his writing career.

What listeners say about Pandora's Box