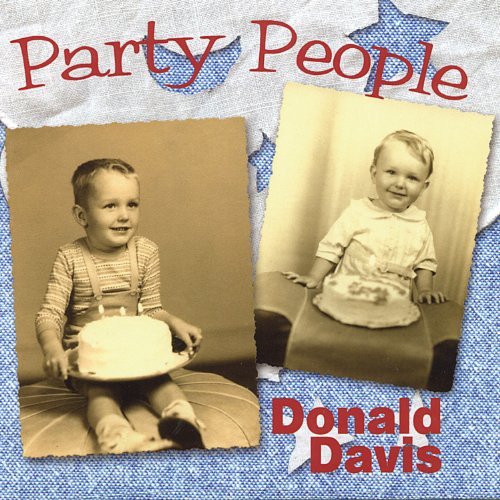 Some folks just prefer to stay home. You know them - whole families who politely decline invitations because they don't spend money on fancy clothes, don't care for "small talk". And they certainly don't dance. They're just not "party people".

Meet an earnest first-grader, intent upon convincing his hill-country parents that other children are treated to a party each year on their birthday, that they invite friends, eat cake - and receive presents.

Meet also his equally intent mother, who is determined not to open this can of worms, not with the 128 cousins who might start doing the same thing. Both of them step out of this luminous story that turns the concept of "good neighbors" upside down.

In Party People, storyteller Donald Davis’ tells this family story about his discovery, as a first grader, of birthday parties. Donald’s parents, who grew up in large and poor families, didn’t celebrate birthdays.

Davis’ storytelling style is full of asides and self-deprecation but is as practiced as any radio performer. He begins a campaign for a birthday party until his mother finally relents in the second grade. Young Donald begins to plan the biggest party ever. But then Donald falls sick, gets into trouble with a pair of scissors, and learns about the joys of giving.

Davis has a nasally, almost congested voice, which makes his conversational storytelling style even more distinctive.