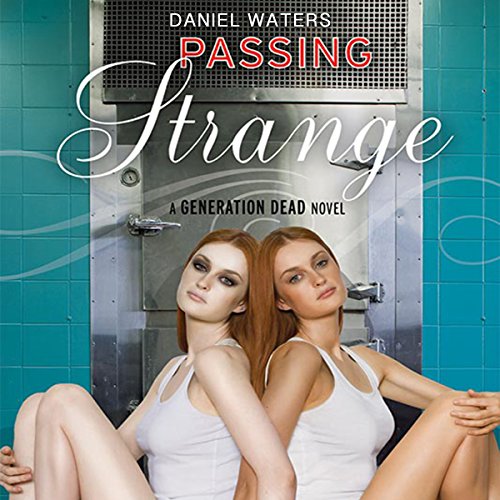 Karen DeSonne is used to pretending to be something she's not. All her life, she's passed as a normal all-American teenager; with her friends, with her family, and at school. Passing cost her the love of her life. And now that Karen's dead, she's still passing - this time, as alive. Meanwhile, Karen's dead friends have been fingered in a high-profile murder, causing a new round of anti-zombie regulations that have forced nearly all of Oakvale's undead into hiding. Karen soon learns that the "murder" was a hoax, staged by Pete Martinsburg and his bioist zealots. Obtaining enough evidence to expose the fraud and prove her friends' innocence means doing the unthinkable: betraying her love by becoming Pete's girlfriend. Karen's only hope is that the enemy never realizes who she really is - because the consequences would be even worse than death.

most a book has ever made my cry

Absolutely astounding. Had to pull over while driving to cry a few times. I don't think I've ever read or listened to such a good book. absolutely incredible follow up to the first two books.

I love it. Looking forward for part 4

I loved this book. Daniel Walters is the best. Totally in love with this book