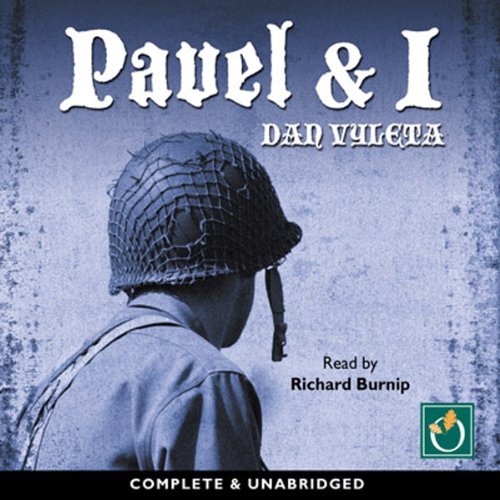 Pavel Richter, a decommissioned GI, finds himself at odds with a rogue British Army colonel and a Soviet general when an American friend deposits a dead Russian spy in his frozen apartment.

The race to take possesion of the dead spy's secert soon begins and threatens Pavel's friendship with a street orphan named Anders and his budding love for his upstairs neighbour, Sonia.

As the action hurtles towards catastrophe, the hunt merges with one for the truth about the novel's protagonist: who exactly is Pavel Richter?

I chose this book because I heard it highly recommended on a book programme and I loved it. Dan Vyleta's use of language is unlike any I've read before. No cliches and incredibly sparse and imaginative writing which carried me along through this nightmarish story full of bizarre incident. The author doesn't overwrite violent scenes, he lets your imagination do the work. His use of words had me listening in a mesmerised manner, gasping or laughing alternatively. The black humour enabled me to carry on enjoying the book right to the end. Not only is the text brilliant but the narration is superb. Richard Burnip has a voice for all the characters, which not only brings them to life but enabled me to follow dialogue without getting confused.

It is a good, skillfully written book and captured the atmosphere of freezing, impoverished post war Berlin very convincingly. The story had interest and excitement and I enjoyed it to the end, but overall it left behind a bleak emptiness. The narrator did a fine job.