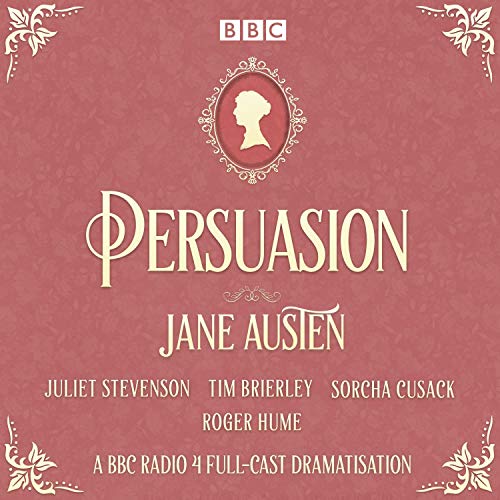 Anne was persuaded out of an engagement with the not-yet wealthy Captain Wentworth. The Elliot family are now close to financial ruin and are forced to rent out their family home, while Captain Wentworth has returned after making his fortune at sea. How the tables have turned.

Published more than 200 years ago, Persuasion remains one of the British nation's favourite novels. Among the star cast in this radio production are Juliet Stevenson, Tim Brierley, Sorcha Cusack and Roger Hume.

This title is part of the BBC's Jane Austen collection.

What listeners say about Persuasion