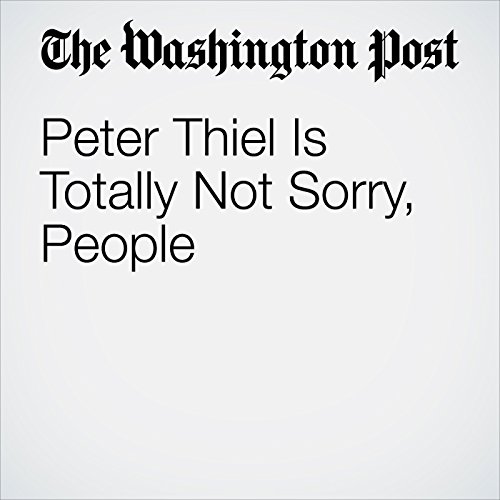 Silicon Valley entrepreneur Peter Thiel proved last year that a wealthy, vengeful person can drive a media company he doesn't like into bankruptcy, setting a precedent that ought to alarm anyone who cares about the First Amendment. That is one way to look at Thiel's financing of a successful lawsuit against Gawker Media, which led to the company's sale and the end of Gawker.com.

"Peter Thiel Is Totally Not Sorry, People" is from the January 13, 2016 Politics section of The Washington Post. It was written by Callum Borchers and narrated by Jenny Hoops.

What listeners say about Peter Thiel Is Totally Not Sorry, People