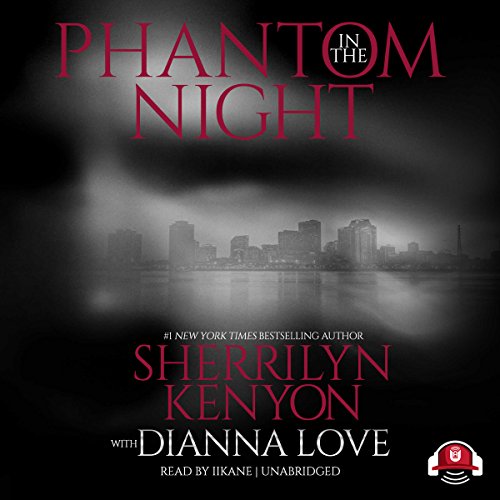 Phantom in the Night

In #1 New York Times best-selling author Sherrilyn Kenyon's thrilling novel of romantic suspense, a gutsy female agent from the Bureau of American Defense encounters an elusive killer who isn't at all what he seems.

After losing her mother to a vigilante killer, Terri Mitchell has dedicated her life to justice. Working covertly as a new agent for the Bureau of American Defense agency, she's consulting with the New Orleans Police Department to bust an organized crime ring suspected of funding terrorism. But when rumors surface of a phantom ghost terrorizing and killing the very people she's investigating, she's suspicious.

Nathan Drake has spent his life protecting his family, the only thing that matters to him ... until the most feared drug lord in the Southeast takes everything Nathan holds dear. Now he's a man on a mission with nothing to lose. He figures he only needs to stay alive long enough to protect the innocent lives the killers are out to destroy.

As the two of them seek a similar goal by different means, Terri and Nathan are drawn deep into an evil underbelly that cuts through all levels of society. Now two people who have no reason to trust must trust in each other or die. And if they die, a deadly attack will be unleashed on thousands of innocent people.

What listeners say about Phantom in the Night

Live the Author but the narrator..

Really can't get into it with her trying to do a male with a New Orleans accent .. all the male voices were the same. I found it very distracting. If she is voicing the books from Sherrilyn - I will not be purchasing more.

narrator is terrible. timing is off..speech is off

struggled to listen. miss pronounced words. timing is horrible. the word is asked. not axed.

The narrator was horrid

I love and proudly say that I am one of the Kenyon Minions. This narrator nearly destroyed this book. The male voice for Nathan's best friend was spot on. She needs a little work on pronouncing words, okay a LOT of work. Asked is asked, not axed (this cleared up in the last 2 hours of the book). It is a great book though a bit slower than her normal, but it is an amazing read. I would almost suggest just getting the book and reading it.

The word is "aSKed" not "aXXed"

So annoying. Almost all the voices sound the same, overly excited and hyper. The hot scenes were pretty boring

Former DEA agent and newest member of B. A. D. gutsy undercover agent Terri Mitchell. Whilst trying to bring down a drug lord and clear her name she comes to the attention of a ghost.

The ghost in question being one
Nathan Drake, former Special Operative and ex con. A man who has lost everything and chooses to become a Vigilante to avenge his brothers death.

As it becomes apparent that drugs are not the only issue the two must work together to stop a shadowy organisation with a hidden agenda, protect the innocent and keep each other alive and Nathan out of jail.

Can Terri give him a reason to fight for the future or will Vengeance in the name of Brotherly Love consume him.

Another excellent entry in Sherrilyn's B. A. D. Series with an unforgettable self sacrificing hero.

I love Sherrilyn Kenyon as an author and the story did not disappoint in an already great series. However, especially in this book, I noticed that the narrator mispronounced a number of words, like for example apropos. 😑 If that kind of thing annoys you, you'll want to read the ebook and stay away from this version.

The storyline was mediocre at best, but I could not tolerate the narration. Couldn’t even make it through the first hour.

I love Kenyon, but the narrator was awful. Her make voices were bad and she mispronounced too many words…

The author is awesome!

The author is totally awesome! I have read Several of her other books and they are out of this world great. Unfortunately the narrator or reader probably one of the worst I’ve ever heard as good as the writing is very difficult to enjoy the book because of how she would chopped up the sentences in her reading. If nothing else she made me appreciate how well other stories have been performed not just read like it’s a manual.

Fun story, I've liked all the books by this author that I've heard, and I'm left wanting to download the rest, except for one thing: The narrator repeatedly mispronounces words, almost like there's no producer or director or whoever sits in the audio recording booth to correct her. It's jarring and unpleasant and lessens the enjoyment of hearing the book read. It seems the next novels in the series don't have the same narrator so I'm cautiously hopeful. The writer is great and I want to continue to give her books a chance to shine on audible with different narrators.

The narrator ruined the book

I couldn't listen to this book the narrator was robotic and poorly executed the reading of the book. I love reading sherrilyn Kenyon books but I had to turn this book off.

Narrators enthusiasm is not always well timed and ruins the story at times. It's just a bit too much. otherwise story is ok.