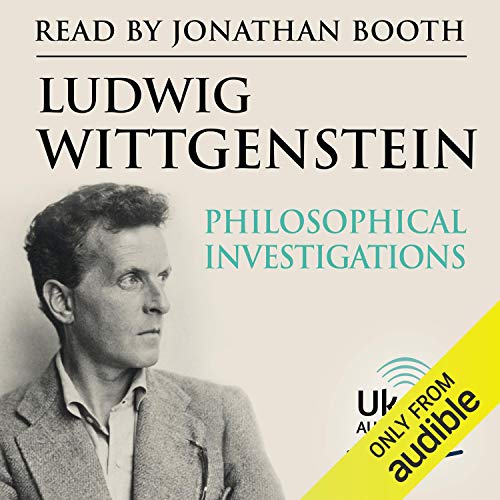 Philosophical Investigations - a landmark in 20th century philosophy - was published in 1953, two years after the death of its author. In the preface written in Cambridge in 1945 where he was professor of philosophy he states: ‘Four years ago I had occasion to re-read my first book (the Tractatus Logico-Philosophicus) and to explain its ideas to someone. It suddenly seemed to me that I should publish those old thoughts and the new ones together: that the latter could be seen in the right light only by contrast with and against the background of my old way of thinking.’

Philosophical Investigations was the result.

It explores the concept of meaning, of understanding, of propositions, of logic, of states of consciousness and of many other topics. The fundamental ideas of the Tractatus are both expounded and criticised. This is the text of the third edition.

What listeners say about Philosophical Investigations

One of the Masterpieces of 20th Philosophy

This a very good narration of a work of genius. The performance would warrant five stars but for the odd pronunciation of names such as “Frege,” which is inexplicably pronounced as “frayj.” In my experience, such a lapse is unusual in a Ukemi audiobook. Nevertheless, Jonathan Booth is a clear and pleasant narrator.