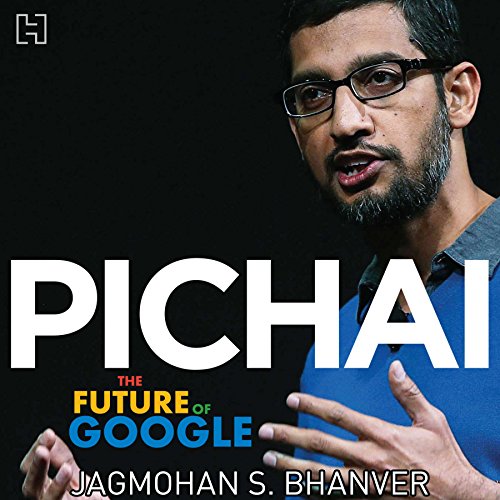 On 10 August 2015, an unassuming product expert who learnt his ropes at IIT Kharagpur was declared the next CEO of tech giant Google. Sundar Pichai's appointment was hardly an unexpected one. Pichai is a man known as much for his veritable Midas touch with every product he has developed or led for Google - Chrome, Chrome OS and Android, to name just a few - as for his superlative people skills and open-minded approach to innovation.

Yet, the company's decision to restructure its product lines and appoint Pichai as the head of a leaner, more focused Google, has raised inevitable questions:

Pichai: The Future of Google provides answers to these questions while throwing light on Sundar Pichai's childhood and education; his entry into the tech world and quick rise up the ranks in Google; and his key contributions as a leader and tech-guru to Google's most successful properties.

Timely and insightful, this book offers a rare glimpse into the fascinating ecosystem of a path-breaking company and shows us what it takes to be a dynamic leader in the 21st century.

What listeners say about Pichai

Written very poorly, it just seems like the author had taken random bits you can find through Google and strung it along to give an "biography" of pichai.
Not recommended

too much on technology n compitition

too little information is shared on Pichai personality, his kind set and thinking patterns etc.

This book is more like a wikipedia page with random ‘googlable’ facts pulled together. No depth of research, no real story and consequently very dry narration. Would not recommend.

The book is not a biography. You can consider it as collection of news opinion articles on Google. The 50 percent of the book portion has written about Google journey.

the book is very well narrated

loved the narration and the audio quality. good lessons to lead from this book too

Interesting, but narration could be better.

Narration sounded very monotonous. Should add some tonality to the narration as well as improve the pace accordingly.

Can not hear narrated with strong Indian accent

What could Jagmohan S. Bhanver have done to make this a more enjoyable book for you?

Who would you have cast as narrator instead of Reuel Ferreira?

If you could play editor, what scene or scenes would you have cut from Pichai?