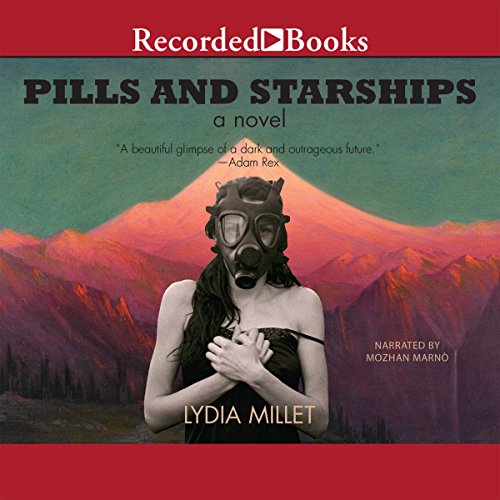 In this richly imagined dystopic future brought by global warming, mass human migrations are constant, water and food are scarce, new babies are illegal, and the disintegrating society is run by corporates who feed the people a steady diet of "pharma" to keep them happy. Usually, 17-year-old Nat doesn't let it get her down too much: this, after all, is the life she's used to; and though she is nostalgic for the ancient world she's heard about, she's also realistic, cheerful, and tough. But now her family - her parents and her hacker brother, Sam - have come by ship to the Big Island of Hawaii for their parents' Final Week. The few Americans who still live well also live long - so long that older adults bow out not by natural means but by buying death contracts. Nat's family is spending their pharma-guided last week at a luxury resort complex called the Twilight Island Acropolis, where their parents have bought a "vacation contract".

Counting down the days till her parents are scheduled to die, Nat keeps a record of everything her family does in the company-supplied diary that came in the hotel's care package. When Sam rebels against the corporates his parents have hired to handle their last days, Nat has to choose a side. Does she let her parents go gently into that good night? Or does she turn against the system and try to break them out?

This pause-resisting first YA novel by critically acclaimed author Lydia Millet is stylish and dark and yet deeply hopeful, bringing Millet's characteristic humor and style to a new generation of young listeners.

Biographical Note: Lydia Millet is the author of seven novels for adults as well as a story collection called Love in Infant Monkeys (2009), which was a finalist for the Pulitzer Prize. Her first book for middle-grade readers, The Fires Beneath the Sea, was one of Kirkus' Best Children's Books of 2011, as well as a Junior Library Guild selection. Millet works as an editor and writer at a nonprofit in Tucson, Arizona, where she lives with her two young children.

"One of the most acclaimed novelists of her generation." ( Los Angeles Times)

In this dystopic future Nat and her brother Sam have come to Hawaii to "celebrate" their parents' final week of life. Choosing one's death date is common in Nat's world where the old can live very long lives and become more and more depressed as they age; thus, corporations have arisen to usher the elderly to their deaths.

In a world full of dystopia stories, I really think that Lydia Millet's is special. I loved the journal format. Nat imagines she's writing to someone off in space; someone that has escaped or is unaware of the earth's problems. Nat has the soul of an artist (although art really isn't a thing anymore), and I loved her lyrical descriptions. Equally well done was the futuristic language with new slang and Nat's pokes at her parents' more old-fashioned sayings. The other benefit to having Nat tell the story is that she is as unaware of some of the more sinister aspects of her world as the reader, and I loved how the world was revealed one puzzle piece at a time. It's not clear right away how sinister the corporations might be or how the population may be controlled with pharma.

I can think of a whole list of subjects covered in this book that would make for a really interesting discussion: pharma and self-medication, global warming, family, "going native" and its implications, the models that predict the future, the corporations that rule the world.

There's a quiet, slowness about this story that really appealed to me. It's devoid of any heady infatuations or soul mates who suddenly make the main character see the world with fresh eyes. Nat's journey is a slow one and of her own making. Pills and Starships is more about a future family when families are at the point of dying away. (They call Nat and Sam's generation the last generation.) There is a sense of melancholy to the whole book (Nat's parents are about to die) but it is mingled with the hope and irrepressible optimism of the young.