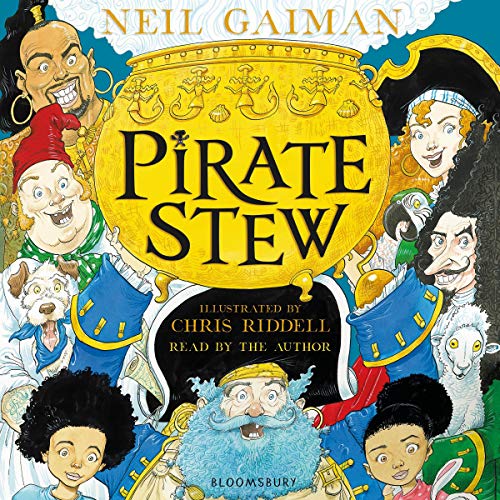 Long John has a whole crew of wild pirates in tow, and - for two intrepid children - he's about to transform a perfectly ordinary evening into a riotous adventure beneath a pirate moon. It's time to make some pirate stew.

Pirate Stew for me and you!

Eat it and you won’t be blue

You can be a pirate too!

Marvellously silly and gloriously entertaining, this tale of pirates, flying ships, doughnut feasts and some rather magical stew is perfect for all pirates, both young and old. With a deliciously rhyming text from master storyteller Neil Gaiman, this is the audiobook of the year! Joyful, quirky and action-packed, it makes a spectacular and magical gift.

"Neil Gaiman is the nearest thing children's books have to a rock star: if you enjoy fantasy, he is irresistible." (The Times)

What listeners say about Pirate Stew