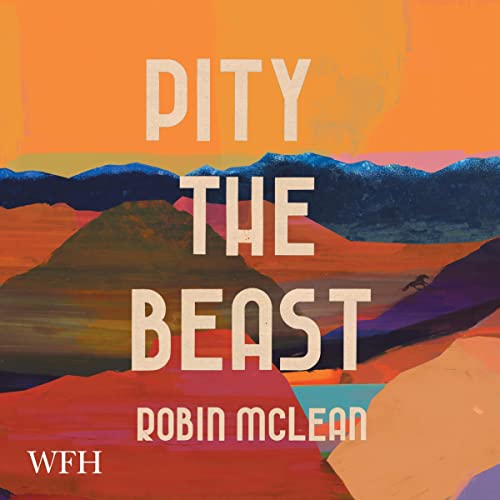 Millennia ago, Ginny's family farm was all grass and rock and wild horses. A thousand years hence, it'll all be peacefully underwater. In the matter-of-fact here and now, though, its a hotbed of lust and resentment, because Ginny has just cheated on her husband with the man who lives next door.

When a crowd of locals - including Ginny's bitter sister Ella - turn up to help out on the farm, a day of chores turns into a night of serious drinking and then of brutal, communal retribution. By morning, Ginny has been left for dead. But dead is the one thing she isn't. With a stolen horse and rifle, she escapes into the mountains and a small posse of her tormentors gears up to give chase - to bring her home and beg forgiveness, or to make sure she disappears for good?

With detours through time, space, myth and into the minds of a pack of philosophical mules, Pity the Beast heralds the arrival of a major new force in American letters. It is a novel that turns our assumptions about the West, masculinity, good and evil and the nature of storytelling onto their heads, with an eye to the cosmic as well as the comic. It urges us to write our stories anew - if we want to avoid becoming beasts ourselves.

"Robin McLean's gonna get you. She will take you out into deep, and then deeper, water." (Noy Holland, author of Spectacle of the Body and I Was Trying to Discover What It Feels Like)

"Robin McLean's fiction is harrowing and wry and compassionate, and always both fiercely rooted in the world and fearlessly willing to take chances. I love her keen sense of our inherent strangeness, and her heartening sense of just how important it is that we never stop trying to close the gap between who are and who we aspire to be." (Jim Shepard, author of The Book of Aron and You Think That's Bad)

What listeners say about Pity the Beast