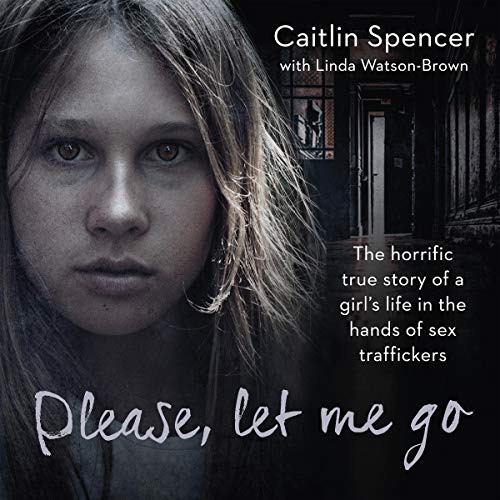 From the age of 14, Caitlin was completely controlled, repeatedly raped, provided with alcohol, given drugs, sold and passed on to new gangs over and over again. The majority of her abusers were Pakistani men, who were blatant in their attacks upon her, often collecting her from school or home, to be taken to flats they owned, family homes or hotels booked for the day, to be horrifically and systematically abused.

At a time when the abuse ring realities of young white women in Rotherham and other major English cities are coming to light, Caitlin's story will appal listeners - not just because of the degree of horrific attacks which were perpetrated upon her but also because of the ways in which the authorities refused to act.

Caitlin speaks openly about what she has suffered and also shows just how unwilling many people are to face up to what is happening in our midst, for fear of being called racist. By bravely speaking out, she will hopefully prove just how deep these problems are and just how the abusers get away with it in plain sight of the authorities.

So very sad! An eye opener that people all over the world need! For this young lady to survive all that and pull herself out is amazing!

Omg I dont know what is wrong with these Pakistani men they come from back a Bush village mentality to think they rule and control women
It's TRUE they have no respect for womem let alone a white woman
caitlin you poor girl you just went from one abuser to the next
you said you was weak !!! No girl you are one strong female you was failed by certain people but you remained and still remain strong till this day
It's not your fault at all
These horrible nasty men need to be found and jailed for life
I cried thru out listening to your book
I felt your pain
stay strong and never let these bastards win
Mrs.H.M.EBRAHIM CYCO 😘😘

very sad book, but mind opening into the scandle

very sad read, but Caitlyn is a very strong lady to endure what she did and still be here today , your girls are your light when your in darkness xx very mind opening into the scandle which was and still is atrocious on every level, well done on this honest account, very brave xx

Absolutely horrified me to listen to this. It was so real and raw and I think everyone needs to read it. The author clearly had to recall such awful things to go through this. Bless you for opening up and telling your story. I hope it helps another girl who walked in your shoes

This book was gripping from start to finish! Caitlinns story was truly inspiring! She has overcome such incredible traumas, and the fact she survived is a testament to her courage and bravery. Her story is incredible, and I couldn't put her book down once I started reading it! I highly recommend it, once you start reading you'll be hooked!

Hard to listen at points. Hope you are able to overcome your harrowing experiences May you find peace