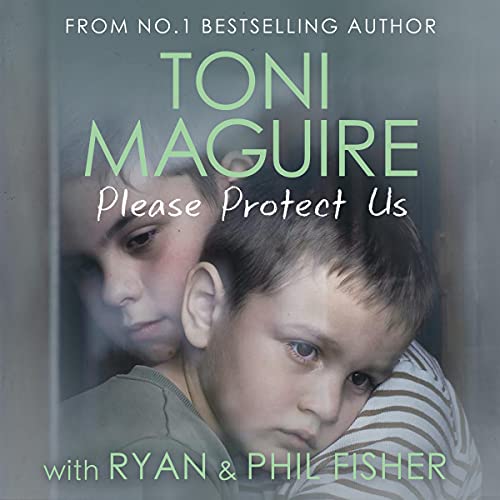 'I have a very clear picture of the day Clive entered our lives. I can see him now as he walked into our living room: a tall man with a loud commanding voice, a wide smile and an armful of presents. It is a memory that still lives deep inside my head.'

Ryan and Phil had always been inseparable. Twins born 35 minutes apart, Ryan was the protective one, constantly looking out for his younger brother. They can't remember how old they were when the abuse started, but they can remember their uncle very clearly.

A frequent visitor to their home in Lincoln, he lavished their family with expensive treats. School holidays and weekends were spent visiting him, when he would often take the two little boys aside to play the games he liked.

Trapped with him, day after day, year after year, the abuse continued until Ryan and Phil turned 16. After a showdown with Ryan when he was finally big enough, their uncle never approached them again.

Nearly 20 years after the abuse ended, Ryan and his wife decided to foster troubled children, making their home a safe place filled with love for those in desperate need of it. Ryan and Phil suffered for years at the hands of their uncle, but throughout it all their bond held them together.

What listeners say about Please Protect Us

The fact that this group of male siblings was so supportive and open and united is special...amazing to hear. Beyond that, this is so very important for boys and men who have been sexually abused and groomed to hear so openly from these 2 amazing brothers....and it is just as important for everyone to hear, understand and to raise awareness...be alert...and never be afraid to reach out when it seems someone might be hurting....thanks so much for sharing what must have been so very difficult.

It takes such bravery for Ryan and Phil to share their story. So much happens close to us that we have no idea about. I’m so sorry this has happened to them and others like them. Thank you for sharing your story, I’m pleased you both were able to put the past behind you and go on to live your lives.