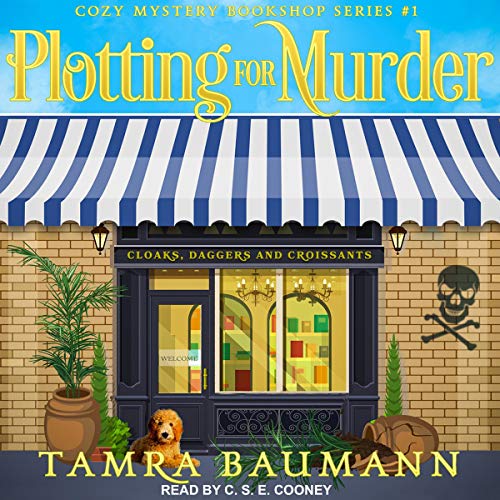 Sawyer Davis's new life in picturesque Sunset Cove is crumbling around her as fast as the old Victorian house she lives in. She's a chef whose matchmaking mother has left her a puppy, a bevy of single men to choose from, and a bookshop dedicated to whodunnits. Complete with a book club of amateur sleuths who live for death. When one of the members dies just after eating Sawyer's amazing truffle mac and cheese, Sawyer is immersed in an even bigger soup pot of trouble.

With her chef's reputation on the line, and an uncle after her inheritance, Sawyer teams up with the sheriff who once broke her heart - whether he wants her help or not - to solve the mystery. Will past hurts, and long-buried attraction for the sheriff stand in the way of solving the crime before the murderer strikes again?

What listeners say about Plotting for Murder

terrible reader sounds like she is shouting or yelling instead of reading. can't get past the performance to see if the book is any good.

Easy listening to this book, the narrator did a okay job , enjoyed the story line

A fun who dunnit easy read

Enjoyed it, performance was great. Not much on any of the ghosts or cat secret world as in the other books in this series, but still fun to figure it out.qq