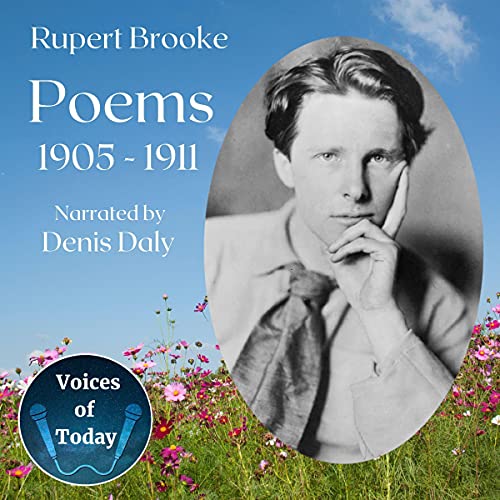 Not all the young poets whose lives were cut short during the First World War were actual casualties of the conflict. James Elroy Flecker and Rupert Brooke both died in 1915, each leaving a body of finished work which places him in the ranks of the major poets of the 20th century.

Brooke seems to have had a premonition of his untimely demise for a considerable period. The subject of death is very prominent in his verse, which, even in its most playful moments, is characterized by a profoundly elegaic quality.

Brooke's untimely passing inspired tributes from many literary celebrities, among whom was Winston Churchill:

"During the last few months of his life, the poet-soldier told with all the simple force of genius, the sorrow of youth about to die, and the sure, triumphant consolations of a sincere and valiant spirit.

The thoughts to which he gave expression in the very few incomparable war sonnets which he has left behind will be shared by many thousands of young men moving resolutely and blithely forward into this, the hardest, the cruellest, and the least-rewarded of all the wars that men have fought. They are a whole history and revelation of Rupert Brooke himself. Joyous, fearless, versatile, deeply instructed, with classic symmetry of mind and body, ruled by high, undoubting purpose, he was all that one would wish England's noblest sons to be in days when no sacrifice but the most precious is acceptable, and the most precious is that which is most freely proffered."