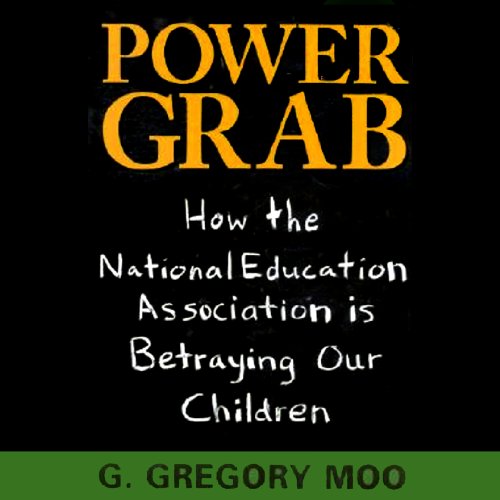 NEA's Reach for Power exposes the National Education Association (NEA) for what it really is and provides a hands-on guide for teachers, parents, and communties to increase their voices in bringing education back to the children.

A highly-researched screed, Power Grab: How the National Education Association Is Betraying Our Children sets out the case that America's largest labor union is doing more harm than good. Argued by G. Gregory Moo, a former high school principal who has experienced the NEA first-hand, Power Grab also features a foreword by Peter Brimelow, the controversial former senior editor of Forbes magazine. Narrated by Jonathan Yen, this audiobook petitions for the elimination of union dues and the repeal of state monopoly-bargaining laws, actions that would curb the power of the union that represents teachers. Power Grab is sure to be compelling listening for anybody with children (or without) who cares about the institutions their tax dollars support.