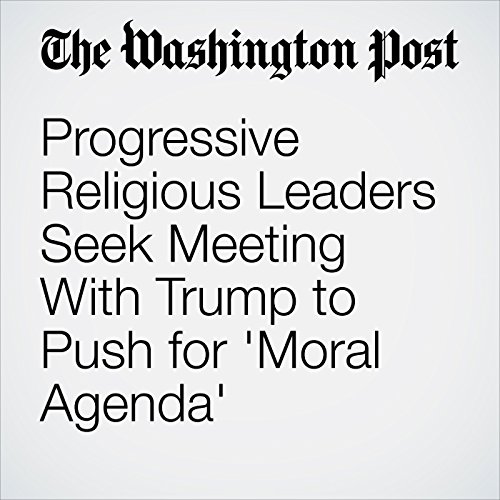 A group of clergy members is seeking a meeting with President-elect Donald Trump to press him to support a progressive social agenda and to warn him that they will keep up the pressure if he doesn’t.

"Progressive Religious Leaders Seek Meeting With Trump to Push for 'Moral Agenda'" is from the December 31, 2016 Politics section of The Washington Post. It was written by Vanessa Williams and narrated by Jill Melancon.