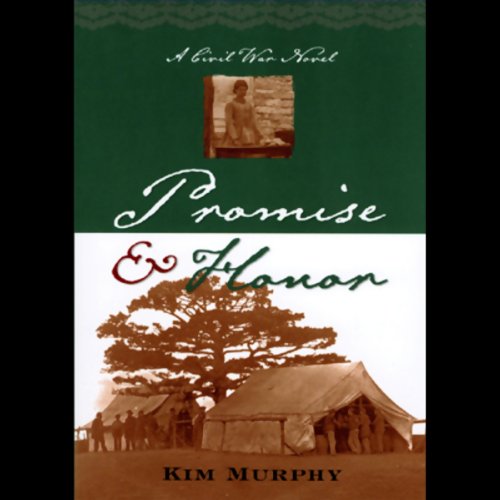 At the outbreak of the Civil War, Amanda Graham's husband, John, dies a hero's death. Left with no source of income, she smuggles medical supplies for Lieutenant Colonel William Jackson and the Confederacy. Although a rogue, Wil is a man of courage and is fiercely loyal to Amanda.

Lieutenant Samuel Prescott, a soldier of honor and John's comrade from before the war, fights for the Union. As opposing forces move into Virginia, Sam clashes with Wil on more than the battlefield when both men fall in love with Amanda.

Torn by grief and loyalty, Amanda struggles with the harsh reality that her way of life has been altered forever by the growing storm.

"The historical detail is fascinating. The pathos and danger are heartrendingly real." (Word Museum Reviews)
"A sweeping saga, written evenhandedly with both emotion and strength...compelling romantic drama from the first page to the last....One of those novels that are so easy to pick up and so difficult to put down." (Midwest Book Review)

Interesting Listen in Book One of the Trilogy by Kim Murphy, is about a confederate army officer’s widow who is loved by two men. I appreciated that the story is written in a way that shows both the side of the north and the south in a way that is human and touching. Amanda Graham, the young confederate widow lives in Virginia, the site of many bloody civil war battles, and helps both Yankees and Rebels survive the war. Torn between Wil, the brazen, confederate officer, who has left a trail of broken hearts and Sam, the Union officer whose young daughter Amanda is raising, Amanda is a whirl of emotions. Sam’s wife, who died in childbirth was Amanda’s friend. And now Sam is fighting for the Union. Amanda has some black servants in her household, who had been her father’s slaves. After his death, she had made them free, yet they remained with her. One was young, and after Sam’s injury, he led her to freedom. The other two, though intrigued by the thought of being able to vote, as described by Sam, and other unheard-of dreams for negros, choose to remain with Miss Amanda. Frieda with her healing herbs and teas was instrumental in saving Sam’s leg. The author is talented in describing the horrors of war, the turmoil of human feelings and richness of love and relationships. Great start to the series.