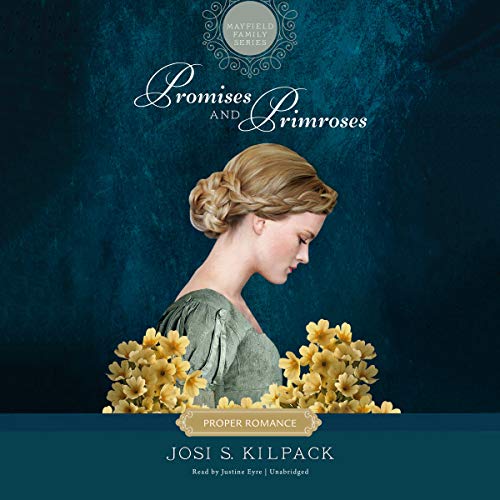 Lord Elliott Mayfield has done his best to take care of his family, first his siblings and now his nieces and nephews. Unfortunately, he sees this new generation moving in the same direction of bad matches and scandalous relationships as the last. In hopes to change their course, he establishes a "marriage campaign" to motivate them to improve themselves through making respectable matches. With his heart in the right place, what could possibly go wrong?

Peter, Elliott's eldest nephew, thinks the entire idea is ridiculous. A widower with two young daughters, he simply needs a governess, not a wife. Julia Hollingsworth certainly has the credentials and the experience, but is altogether too young and pretty for such a job. So why can't he stop thinking about her?

Julia loves working as a governess, despite the objections of her mother, Amelia. As it turns out, Amelia has a lot to say about the Mayfield men - none of it good. But Julia dismisses the rumors of ruined reputations and instead concentrates on helping Peter with his children and his fledgling business in canine husbandry. His kindness and gentleness is endearing - and increasingly attractive.

But Amelia, whose heart was broken 30 years ago by none other than Elliott Mayfield, is determined to prevent any relationship from blooming either between Peter and Julia - or between herself and Elliott.

Hearts and history collide as both couples must face their pasts and decide if risking it all is worth the promise of new love and a new future.

Positive and uplifting. The characters were well developed making it easy to be drawn in. I loved it!

Jane Austen is back!

Wonderful story in the vein of Jane Austen. No sex scenes, so if you're looking for that, go elsewhere. This is just lovely, romantic, and beautifully unfolded. Justine Eyre once again is fabulous with all the voices. Her voice is beautiful to listen to!

This was a well-written and well-read book. I plan on listening to the next one in the series.

Engaging and entertaining, I promise.

First things first...I loved the performance by Justine Eyre! Her accent was immensely enjoyable. She switched between characters seamlessly.
The storyline was creative and beautifully executed.
The romance built gradually and ensured that each touch or glance was special and meaningful. I loved the swoony ending. On a steaminess level I would rate this a pleasant PG.
This book is definitely worthy of a repeat read!

I almost couldn't listen to this book because of the way this narrator spoke! Ugh!
Petahhh... Juliaaahhh...
Eventually it became less obnoxious and I was invested in the story... but seriously Justine Eyre needs to have a stiff drink before recording next time to loosen up a bit!

Nice antagonist - the person brought about strong emotions (mostly of the negative variety).
Otherwise, nice story - not the best ever but it held my attention.
Good enough I'm intrigued to check out the next one in the series.

I have absolutely loved this book. Justine does such a great job at bringing the written words to life. The author is new to me and I can't wait to listen to the next book in the series. SO GOOD!!!

I am usually a huge fan of proper romance stories, and I am sure that this one will speak to many. However, for myself, it was lacking chemistry. I don’t care for overtly sexual things in my books but this book was a little to proper for my taste and I felt the story dragged a bit with nothing but very slow build till about the last three hours.

It is not that it was bad, the narrator is very good, it was just not what I was hoping for.

I loved everything about this book!!!

What a lovely book in every way! Justine Eyre is one of my most favorite narrators, so I relished every minute of listening to her masterful interpretation of the characters. The story itself is delightful. It unfolded beautifully with charming details of two sweetly intertwined love stories. I enjoyed the characters and will miss them!