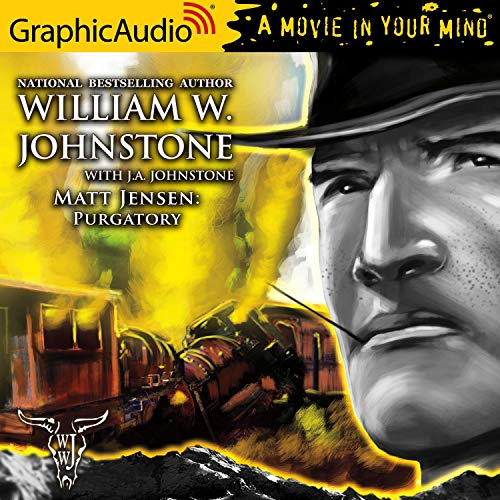 Purgatory, Arizona, is the last place you'll ever cross the law. Because in this town, the law is the personal fiefdom of an evil man - as Matt Jensen discovered on his first day in town, when an unavoidable gunfight and a dead deputy landed him in jail, sentenced to hang at Yuma Prison. But when the train from Purgatory to Yuma is violently derailed, Matt is set free amidst the carnage - with a choice to make. He can run for his life and live like an outlaw or take a chance with the determined U.S. Marshall who must hunt him down.

For Matt, the choice will be easy. Because when both he and his pursuer tangle with a vicious band of outlaws, they're both caught on the same bloody trail...that leads straight back to Purgatory.