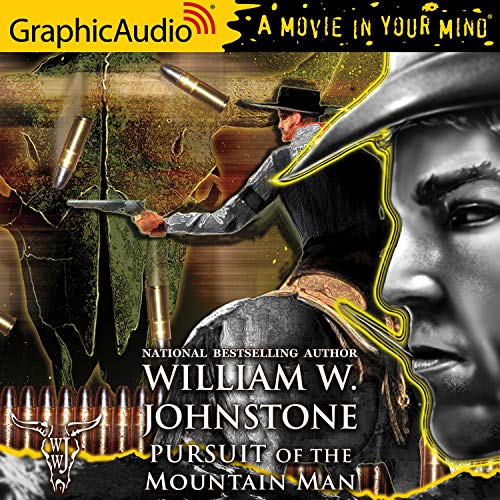 The trouble with being the fastest gun alive was having to prove it to all the trigger-happy gunmen who scoured the West itching for a challenge. Some traveled even further — Count Frederick von Hausen sailed across the Atlantic from Germany to hunt the most dangerous game of all — Smoke Jensen.

Gathering together a hunting party of the toughest, most ruthless hard cases in the West, von Hausen shadowed Smoke into Wyoming's high Rockies — the odds were worse than 50 to 1. But Smoke Jensen was the last mountain man, and he knew the country like the back of his hand.

As he thumbed back the hammer of his Colt.45, Smoke reflected that these doomed back trailers couldn't have picked a prettier place to be buried.

What listeners say about Pursuit of the Mountain Man [Dramatized Adaptation]