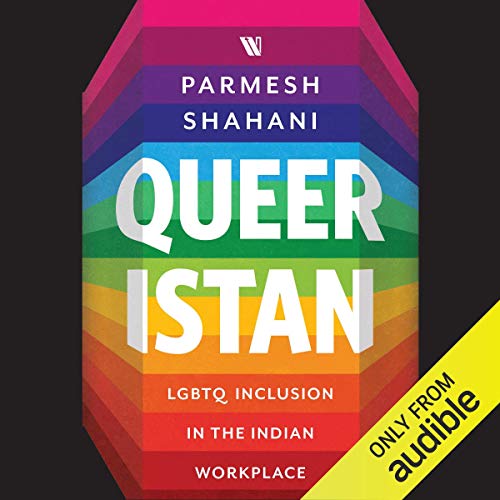 The reading down of Section 377 by the Supreme Court in 2018 has led to a fundamental shift in the rights of India’s LGBTQ citizens and necessitated policy changes across the board - not least in the conservative world of Indian business.

In this path-breaking and genre-defying book, Parmesh Shahani - vice president at Godrej Industries Ltd - draws from his decade-long journey in the corporate world as an out and proud gay man to make a cogent case for LGBTQ inclusion and lay down a step-by-step guide to reshaping office culture in India. He talks to inclusion champions and business leaders about how they worked towards change; traces the benefits reaped by industry giants like Godrej, Tata Steel, IBM, Wipro, the Lalit group of hotels and many others who have tapped in to the power of diversity; and shares the stories of employees whose lives were revolutionised by LGBTQ-friendly workspaces.

In this affecting memoir-cum-manifesto, Shahani animates the data and strategy with intimate stories of love and family. Even as it becomes an expansive reference book of history, literature, cinema, movements, institutions and icons of the LGBTQ community, Queeristan drives home a singular point - in diversity and inclusion lies the promise of an equitable and profitable future, for companies, their employees and society at large.

Parmesh Shahani is the founder of the award-winning Godrej India Culture Lab in Mumbai, which sparks conversations about the changing face of contemporary India. A passionate advocate for LGBTQ inclusion in the corporate world, he has guided many of the country’s leading companies on their inclusion journeys. He is a member of the FICCI task force on diversity and inclusion and a board member of Khoj International Artists’ Association. Parmesh holds an MS in comparative media studies from the Massachusetts Institute of Technology. He has been a TED Senior Fellow, a Yale World Fellow and a World Economic Forum Young Global Leader. His first book, Gay Bombay: Globalization, Love and (Be)Longing in Contemporary India, was originally released in 2008 and rereleased in 2020. This is his second book.

What listeners say about Queeristan

Incredibly hard hitting and eye opening, this is possibly the most definitive guide as to the history, pride and struggles of Queer India that is both urban and rural, and that now wants to move ahead from just being at the centre of struggles and reach its full potential.

Onto my jugaad resistance!

Loved it! A recommended reading for every LGBTQI ally! Parmesh shares what it means to be an ally on the ground and in your organization!

Hope for a way better tomorrow

I loved the book! And I strongly recommend the youth, industrialists, scholars or even people looking for an equal and just nation to pick up and listen to this book. Narrated by the author himself, in his scintillating and engaging voice putting across tips and advices to make our nation more queer inclusive not only in work places but in general. This book is a huge leap in the direction of inclusivity and development of our nation.

The best nonfiction I read this year

I would recommend this book to anyone and everyone with or without a basic knowledge or Sensitization about queer and the alphabet soup involved. This is a book of action, detailing steps for workplaces to be inclusive in their policies and spirit, towards a better Indian future. Queeristan is a hopeful view of our country, inclusive and supportive in all aspects.
The best chapter for me was the historical facts and figures and on queer literature.. this is a book I would go back to again and again..