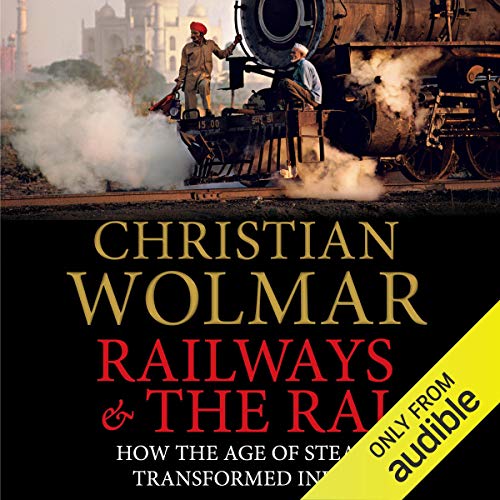 India was the jewel in the crown of the British Empire. There were vast riches to be exploited and vast numbers of people to be subjugated. How better to achieve these aims than by building a rail network that facilitated the export of raw material and made it easier for troops to travel around the country to tackle uprisings?

India joined the railway age late: the first line was not completed until 1853, but, by 1929, 41,000 miles of track served the country. However, the creation of this vast network was not intended to modernise India for the sake of its people but rather was a means for the colonial power to govern the huge country under its control, serving its British economic and military interests.

By building India's railways, Britain radically changed the nation but also unwittingly created the preconditions of independence. While the railways benefited India and were its first modern development, their construction ultimately contributed to a stirring of nationalist opinion, as resentment grew among the Indian population over the conditions they endured when travelling by train and the barring of Indians from the better paid railway jobs.

Despite the dubious intentions behind the construction of the network, the Indian people quickly took to the railways, as the trains allowed them to travel easily for the first time. The Indian Railways network remains one of the largest in the world, serving over 25 million passengers each day.

In this expertly told history, Christian Wolmar reveals the full story of India's railways, from its very beginnings to the present day, and examines the chequered role they have played in Indian history and the creation of today's modern state.

What listeners say about Railways and the Raj

British author seemed a little insecure about India. It was funny. Enjoyed both the book and his sense of insecurity.

Having grown up in India with a lot of train travel, I found this book to be very interesting. Helped me in connecting a few dots and learn a few new things. There’s nothing in here that will blow your mind, except perhaps that IR serves 8 billion passengers a year, but there are several tidbits that makes a compelling story.
The author was critical of the motives of colonial government in creating the railways that served an imperfect Indian society. A delicate task done admirably.
Narration is excellent with only about half the Indian names mispronounced.