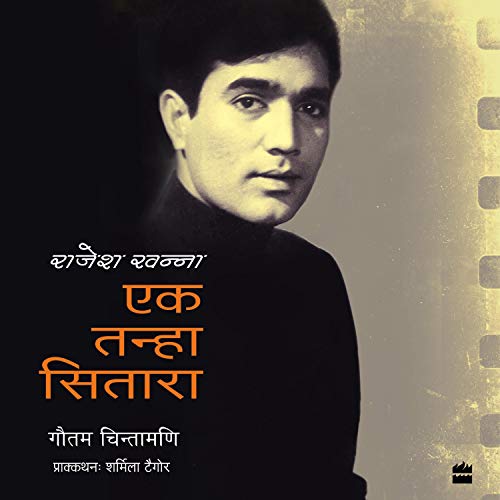 A gripping biography of India's first superstar, translated and published in Hindi.

Like a shooting star doomed to darkness after a glorious run, Rajesh Khanna spent the better half of his career in the shadow of his own stardom. Yet, 40 years after his last monstrous hit, Khanna continues to be the yardstick by which every Bollywood star is measured. With 17 blockbusters in succession and mass adulation rarely seen before or since, the world was at Khanna's feet. The hysteria he generated - women writing letters in blood, marrying his photograph, donning white when he married Dimple Kapadia - was unparalleled. Then, in matter of months, it all changed. Khanna's career hit a downward spiral just three years after Aradhana (1969) and never really recovered.

Rajesh Khanna: Ek Tanha Sitara looks at the phenomenon of an actor who redefined the "film star". Gautam Chintamani's engaging narrative tries to make sense of what it was that made Rajesh Khanna and what accounted for his extraordinary fall.