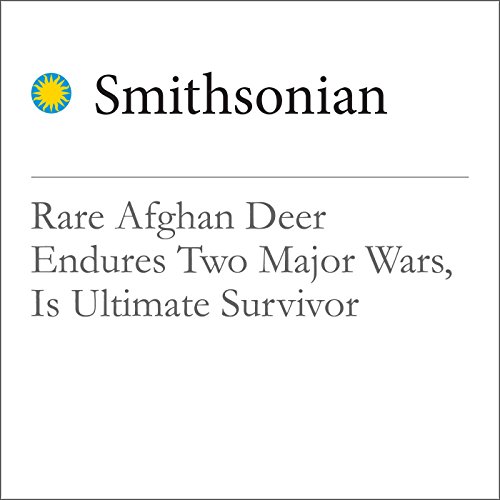 It had been more than 40 years since researchers last caught sight of the Bactrian deer in Afghanistan. For all they knew, the intricately-antlered ungulate had gone locally extinct. Its range had been tucked into the northeast corner of the country, an area that had since seen waves of invading forces and long periods of civil strife. The last time the animals had been surveyed, in the 1970s, researchers estimated there were only 120 or so left in the country.