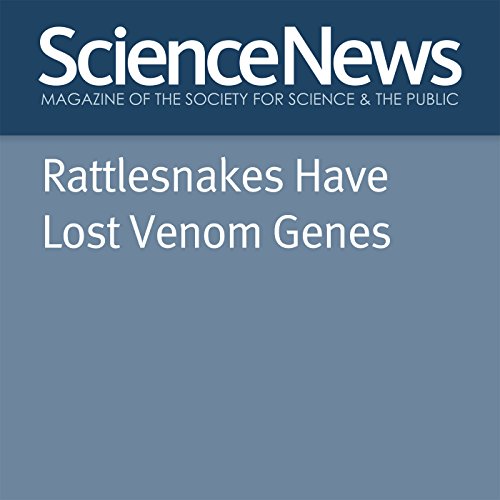 Modern rattlesnakes have pared down their weaponry stockpile from their ancestor’s massive arsenal. Today’s rattlers have lost entire toxin-producing genes over the course of evolution, narrowing the range of toxins in their venom, scientists report.

"Rattlesnakes Have Lost Venom Genes" is from the October 15, 2016 issue of Science News.

What listeners say about Rattlesnakes Have Lost Venom Genes