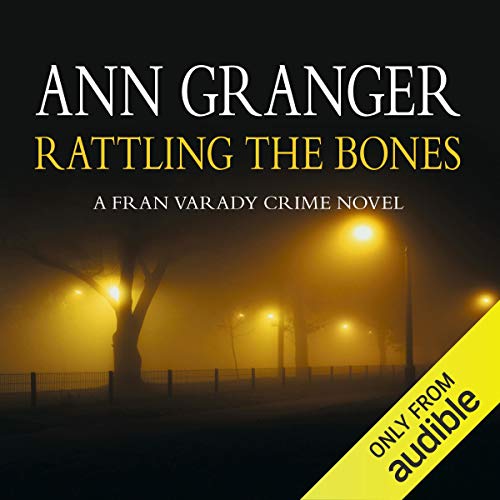 The last in the popular crime series featuring Fran Varady, from the author of the acclaimed Mitchell & Markby mysteries.

Edna, the dotty bag lady Fran Varady used to see living in a churchyard with only feral cats for company, has crossed her path again. Now Edna is staying in a hostel, spending her days roaming, as before. But Fran begins to see a method to her madness, and even though no one will believe her, she is certain Edna is being followed. Who could be interested in a harmless old lady?

Determined to protect her from this hidden danger, Fran finds herself digging into Edna's previous life, and an old love affair and family quarrel come to light. But by rattling the bones of the past, Fran has uncovered more than she bargained for....

Ann Granger has worked in British embassies in various parts of the world. She met her husband, who was also working for the British embassy, in Prague, and together they received postings to places as far apart as Munich and Lusaka. They are now permanently based in Oxfordshire.

"Period colour is nicely supplied...engrossing story looks like the start of a highly enjoyable series." (Scotsman)

What listeners say about Rattling the Bones

Very Interesting to listen to

I found this a very intriguing story. Just when you think you know what this is all about, something else is added to the mix.
You find yourself assuming several scenarios, then closer to the end....... you find yourself saying... Well I never!!!

This was well Narrated by Kim Hicks and the Author Ann Granger has written this story in a wonderful interweaving story, keeping you guessing and imagining the funny scene of who's following who.

I will definitely be reading more from this author and highly recommend this book.

My first Granger novel. It's a welcome change from many detective novels. Low key. Unassuming. Interesting. Well read too. I will look for more of her books.